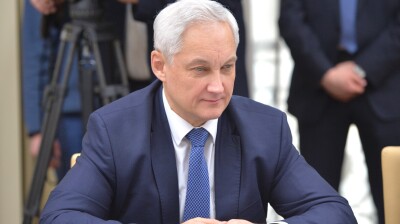 The Russian government intends to develop a system of support measures, including fiscal ones, to facilitate the introduction of green technologies and emission reduction for businesses, according to the announcement of First Deputy Prime Minister Andrey Belousov.

Russian state energy policy is focusing increasingly on ESG as Russia belatedly prepares to tackle the EU carbon tax introduction and other "green" challenges. As followed by bne IntelliNews, earlier this year President Vladimir Putin called for cutting Russia's greenhouse gas (GHG) emissions to below those of the European Union as the Kremlin starts to wake up to the dangers of global warming.

Facilitation of decarbonisations is only one of the areas of preparing the Russian economy for low-carbon development. According to Belousov, as cited by VTB Capital (VTBC) on September 21, other areas include:

As analysed by bne IntelliNews, the GHG reduction strategy by the Ministry of Economic Development relies on two assumptions that are yet to be recognised by the international community and have been reiterated by Belousov: namely the recognition of hydro and nuclear generation as green, and the disputed strong potential of natural forest absorption.

Belousov noted that the forecast of opportunities and risks of decarbonisation for the Russian economy up to 2050, which will become the basis for the government's operational action plan, will be developed by October 1.

"The Russian government continues to gradually move toward legislation development related to the global energy transformation," VTBC commented, while noting that the companies are also driving the process themselves.

bneGreen: Heavy rain and flooding linked to climate change cause chaos in Skopje