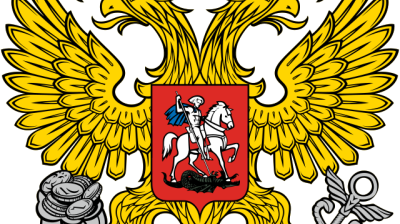 The Russian Ministry for Economic Development has drawn up the procedure for determining payments for services provided by the operator of the register of carbon units. The carbon operator rules are submitted for approval to the the Ministry of Finance, the Federal Anti-Monopoly Service and the Central Bank of Russia.

As followed by bne IntelliNews, the government is formalising the decarbonisation strategy as Russia is revving up to launch a four-decade-long, RUB480 trillion ($6.5 trillion) investment campaign to reduce carbon emissions by 60% before 2050 from 2019 levels

In order to credit or debit carbon credits from an account, it is proposed to charge no more than RUB5 for each unit. The Moscow Exchange, VEB.RF state development institution and Gazprombank could jointly run the register.

"Establishing who is going to operate the register, as well as the rules related to carbon units, are some of the steps necessary to create the base for climate projects and to account for emissions in Russia correctly," VTB Capital (VTBC) commented.

The analysts remind that the recently approved Sakhalin trading experiment (which is to define the base for the national carbon trading system) has a CO2 price of RUB150-2,000/tonne ($2-$27/tonne) if the permitted output is exceeded, while MinEconomy’s preliminary version of the low-carbon strategy mentioned a possible RUB500-RUB700/tonne price after 2030.

However, the World Bank estimated that Russia needs a price of $44-$130/tonne (from 2025) to reach carbon neutrality, while the International Monetary Fund puts it at $50/tonne. VTBC previously estimated that a CO2 price of $30/tonne would make it possible to decarbonise 50% of GHG emissions in Russia.

bneGREEN: Fit for 55 – not fit for purpose
5 hours ago
bneGREEN: Slovenia’s Sigma Energy deploys device to convert sea waves into electricity
11 days ago
bneGreen: Southeast Europe’s first eco-mosque opens in Croatia
19 days ago
bneGREEN: Europe pays what it takes to bring in LNG but still cannot get enough
21 days ago
bneGREEN: Baltic states – except Russia – agree to aim for seven-fold increase in offshore wind
29 days ago