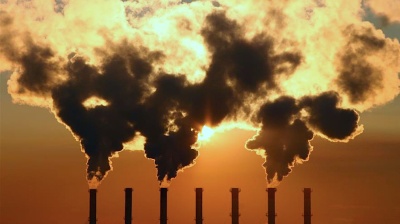 The European Commission has revealed new proposals concerning its Carbon Border Adjustment Mechanism (CBAM), which would regulate carbon certificates for importers to the union.

As reported by bne IntelliNews, Russian state energy policy is focusing increasingly on ESG, as Russia belatedly prepares to tackle the EU carbon tax introduction and other "green" challenges.

Under the draft guidelines, the carbon certificate mechanism would be phased in gradually and would initially apply to a narrow range of goods: iron and steel, cement, fertilisers, aluminium and electricity imports. The reporting system should be in place by 2023, with financial payments beginning in 2026.

"Moreover, EU production and imported goods will be treated under the same regime – CBAM will be gradually phased in, in direct proportion to the reduction of free allowances allocated under ETS for those sectors. This means that payments via CBAM will go up gradually, with free allowances completely phased out in 2035," Sberbank CIB commented on July 15.

As the actual payments will only start in 2026 and will go up gradually, the financial impact for Russian exporters would be lower than initially thought and will start later, Sberbank CIB analysts note.

This would provide Russian exporters more time to implement green technologies and reduce their carbon emissions to further mitigate this risk.

Since the beginning of 2021 the Russian government has been considering a law on reducing CO2 emissions in the country, which would set mandatory CO2 reporting standards and tools to undertake carbon reduction projects with a clear follow-up. Russian State Duma, in a third and final reading, approved the law on limiting greenhouse gas (GHG) emissions by private companies in June.

In the light of the published guidelines, VTB Capital (VTBC) believes that a number of investors are now going to focus more on the carbon footprints of those Russian corporates which are affected, which could well pose major risks for Russian utilities in particular.

As for the oil and gas sector, the guidelines leave refined oil products and oil and gas beyond the scope of the first stage of the tax, which matches VTBC expectations. Previously the analysts estimated that should this tax to be introduced, it would cost Russian oil and gas companies within 5% of EBITDA in the near term under modest CO2 price assumptions.

However, VTBC sees the key danger to the oil sector is not in the taxation of Scope 1 and 2 GHG emissions but rather the fact that oil products, when burnt, produce Scope 3 emissions.

In this light, VTBC sees other components of the EC package (specifically, the car emissions regulations and the Energy Taxation Directive) as potentially dampening fuel demand in Europe, and possibly creating risks for global oil demand, with the respective negative effect on oil prices.

This is the key risk to oil and gas companies’ profits globally, and those of Russian companies in particular, VTBC warns.

"While international oil majors have already announced their transition plans (expansion to renewables, CCUS, hydrogen etc.), among Russian oil names only Novatek has stated its intention potentially to produce blue ammonia, has built wind power generation at Yamal and has entered into several JVs for hydrogen production, which we believe is a positive development," the analysts at VBTC note.

As followed by bne IntelliNews, VTBC previously argued that Gazprom and Novatek have a fundamental advantage in terms of ESG, which coupled with company-specific drivers and potential geopolitical shifts will provide the catalysts for a further appreciation in Russian gas stocks relative to oils.

The EU CBAM package is still to be passed by the European Parliament.