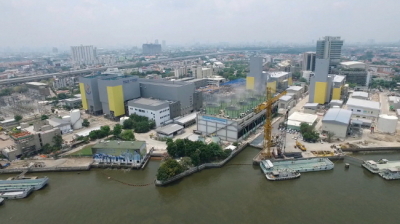 The amount of coal-fired generating capacity actually increased by a net 18.2 GW, a post-coronavirus (COVID-19) rebound in a year that saw a slowdown in coal plant retirements.

This means that coal is resiliently keeping in central role in many countries’ power industries, meaning that steeper cuts and more and quicker retirements will be needed if the world is to achieve its climate goals, the report’s authors warned.

China, South Korea and Japan have all pledged to stop funding new coal plants in other countries, a decision that has caused many coal projects in developing Africa and Asia to be shelved. The 457-GW figure compares with 525 GW under development in 2020, Global Energy Monitor said in its Boom and Bust Coal 2022 report, its eighth annual survey of the coal plant pipeline.

In 2021, the operating coal fleet grew by a net 18.2 GW, a post-COVID rebound in a year that saw a slowdown in coal plant retirements.

However, if China, which added a net 25.2 GW in 2021 of coal capacity, is ignored, then the world’s coal fleet actually fell by 5.9 GW. Indeed, China’s net additions nearly offset coal plant retirements in the rest of the world (25.6 GW).

The six countries with the most coal construction at the pre-construction stage, meaning announced, pre-permitted or permitted, are Turkey, Indonesia, Bangladesh, Vietnam, India and China, which together account for 84% of the global total of 280 GW.

However, the longer-term prospects could be better, as the report noted that there had been a 77% fall in coal plant capacity in pre-construction since the Paris Agreement was signed in 2015. However, the current surge in coal development will have to stop if net zero is to be reached, the report warned.

“The coal plant pipeline is shrinking, but there is simply no carbon budget left to be building new coal plants. We need to stop, now," said Flora Champenois, lead author of the report.

The emissions created by burning coal mean that the rate of decline is nowhere near enough to meet the IPCC’s net-zero goals for 2030.

The IPCC has said that coal use needs to contract by 75% by 2030 for the world to remain on the 1.5° C pathway. But even if coal use eventually declines, current pledges by governments are not enough to keep pace with a 1.5° C scenario.

India and the US

In global terms, the global coal fleet shrank for the fourth year in a row. In terms of addition, 56% of the 45 GW of newly commissioned coal capacity was in China. China’s share of coal under development increased in 2021 to 55% (251 GW), meaning that a single country now accounts for over half of the capacity under development in the world for the first time.

India posted the second-largest figure for new coal capacity, with 6.4 GW, while the rest of the world combined accounted for 13.3 GW.

In absolute terms, the world still has more than 2,400 coal-fired power plants operating in 79 countries, with a total of nearly 2,100 GW of capacity. An additional 176 GW of coal capacity is under construction at more than 189 plants, and 280 GW is in pre-construction at 296 plants. In 2021, the operating coal fleet grew by a net 18.2 GW, a post-COVID rebound in a year that saw a slowdown in coal plant retirements.

The report also found that Japan, South Korea and China had all pledged to end public support for new international coal plants, followed by a commitment from all G20 countries ahead of COP26. The one good takeaway from the report is that with these pledges, there is essentially no significant international public financier remaining for new coal plants.

The report still found much to be positive about, with the number of coal plants effectively given a close-by date nearly doubling to 750 coal plants (550 GW).

In the OECD, 180 GW of existing coal capacity in the OECD, or a little more than a third, is scheduled to close by 2030 in line with the Paris climate agreement. The amount would increase to two-thirds of capacity if announcements made by the United States and Germany result in a 2030 coal phase-out.

By contrast, less than 10% of non-OECD coal capacity is scheduled to close by 2050, the year that coal should be phased out to hold warming below 1.5 degrees, according to the IPCC.

At the end of 201, 176 GW of coal capacity was under construction in 20 countries, which is slightly less than in 2020 (181 GW). China represented more than half (52%) of that capacity for the first time, and countries in South Asia and Southeast Asia about a third (37%).

In financial terms, the report warned that power overcapacity and/or debt burdens are growing in countries with coal under development, like Bangladesh, Indonesia and Pakistan, highlighting the need to accelerate financial and other support mechanisms to enable clean energy transitions. This issue is crucial, as such developing nations require quick capacity additions to meet rising power demand, but they are also exposed to the costs of coal development. They are running the risk of having stranded assets in future.

Outside China, 27 countries are still considering new projects with a total capacity of 108 GW. (Among these countries, all proposals for Morocco, Ivory Coast, Djibouti, Papua New Guinea, Sri Lanka, and Uzbekistan are considered shelved or cancelled as of 2021.)

Meanwhile, 2022 will see Egypt hosting COP27, with an end to new coal construction in Africa continent now being within reach, the report said.

Although 12 countries still have coal proposals – down by three since July 2021 (Ivory Coast, Morocco, and Djibouti) – seven of these countries have only a single plant under consideration, and economic headwinds, coupled with the likely loss of critical Chinese public finance, leave many projects in Africa highly unlikely to proceed.

COP27 represents an opportunity for the international community to support African regional leadership in the shift away from new coal, and towards a clean-energy led future.

The report estimated that the pulling of Chinese support would mean that in Africa half of the proposed 15.9 GW of coal capacity could be cancelled, as Beijing has been a major financial supporter of new coal plants on the continent.

Additionally, 2 GW of coal power projects were presumed cancelled in 2021 in the country, including the controversial 300 to 600-MW Khanyisa plant backed by Saudi Arabia’s ACWA Power.

Elsewhere in Africa, Zimbabwe will be vulnerable to China’s exit from coal financing, as its 5.9 GW under development, the highest figure for any African country, is mostly dependent on uncertain Chinese financing. Mozambique’s 300-MW Ncondezi project could also be in danger.