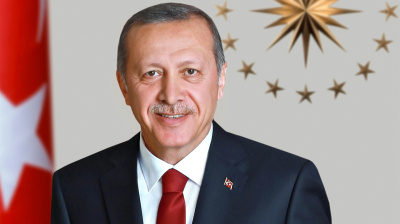 Turkey’s central bank harried the markets on October 22 by confounding big expectations for a rate hike with the announcement that it was keeping its main policy rate (the one-week repo) at 10.25%. Markets had massively bought into a formal rate increase of at least 150bp.

Following the shock, the Turkish lira, which had been testing below the 7.80-per-dollar level, almost burst into 8-per-dollar territory, setting a fresh all-time low of 7.9788.

The banking index on the Borsa Istanbul also took a nosedive as investors, wondering if they had been inserted into some kind of goofy movie, digested Turkey's latest failure to follow orthodox economics.

“Any committed EM sales-trader would have been here at noon for the CBT's rate decision but I'm afraid I was at lunch (the unspeakable in pursuit of the uneatable) and so missed the huge fcuk-up I mean monetary policy error of the CBT failing to hike rates unequivocally and conventionally,” Julian Rimmer of Investec wrote in an emailed note to investors.

“Ultimately, the mkts will force the CBT to make this tightening and because they have delayed it, it will, of course, have to be so much bigger than originally required,” he added.

The central bank has at the back door hiked its cost of funding by more than 500bp since mid-July, but, the tightening on the table that has a direct impact on the real economy has been blown to the wind as—as any fule kno—President Recep Tayyip Erdogan will not allow the national lender to frankly communicate that it is tightening its monetary policy.

That same story has played out for a decade by now. So, there’s really no need to reiterate it each time it repeats. Erdoganomics rule. OK?

“What to do with trading longs initiated Monday? Let's wait until tomorrow and get a clearer picture. We are about 3% out of the money at the moment,” Rimmer also wrote.

The previous rate-setters’ meeting, of course,  brought a surprise hike in the policy rate. That September 24 move prompted stakeholders in the Turkish markets to work on building positive sentiment. Their marketing was all about how the palace in Ankara was returning to market-friendly behaviour.

Those who bought in have been rocked back in their shoes. Those looking for the comedy in reality could today have done worse than watch how the market pundits were looping the loop trying to reconcile market analysis with the apparent crazies running the Turkish government.

But anyways, while market players are mightily pissed off with the Turkish central bank and its indigestible interest rate strategy, the regulator did at least hike its late liquidity window rate by 150bp to 14.75%.

By the way, let’s not forget that these policy rates are only for the central bank’s funding via open market operations, which actually amounts to less than the total lira funding it provides the banks via USD-TRY swap auctions.

For fans of puzzles, Haluk Burumcekci of Burumcekci Consulting, has calculated, in the chart below shared on October 9 by @e507, the overall funding rate at 10.38%, including USD-TRY swaps with local banks, versus a weighted average cost of funding (WACF) of 11.47% as of October 8.

Since then, the central bank has hiked its ‘FX swap 1w’ and ‘Altin (gold) swap 1w’ rates to 11.75% while the ‘ihale’ (auction) rates gradually reached 11.42% as of October 20 (but that is not the overall average figure, it represents only one auction).