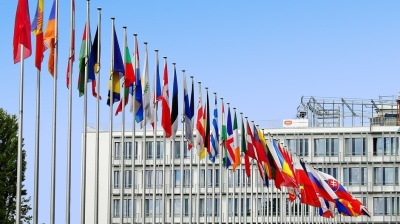 The prime ministers of Albania and North Macedonia are engaged in last ditch attempts to secure the go ahead from EU leaders for the start of accession negotiations this month.

The European Council is due to hold a session on June 20-21 to decide whether it will allow the two Western Balkan countries, both accession candidates for years, to launch EU accession negotiations.

The European Commission recommended in its latest package of enlargement reports last month that the Council should green light the talks.

However, since then a political crisis has erupted in Albania, where President Ilir Meta announced on June 8 that he will cancel the June 30 local elections following months of often violent protests and an announced opposition boycott of the vote. “[C]onditions do not exist for “true, democratic, representative and all-inclusive elections,” Meta said.

Prime Minister Edi Rama insists the vote will go ahead regardless of Meta’s decision, and the ruling Socialist Party plans to launch proceedings to impeach Meta.

He visited Brussels on June 11 for talks with top EU officials in an attempt to persuade them to allow the start of negotiations. "It is time for Europe to do what we expect after we did our part, and to recognise our merit and give the green light for accession talks," Rama said after meeting European Commission President Jean-Claude Juncker.

The situation in Albania remains volatile; the OSCE’s chairperson-in-office Miroslav Lajcak warned on June 11 that the crisis risks bringing “the functioning of the state institutions to a standstill.”

At a joint press conference with Rama on June 11, Juncker also warned of the consequences should Albania fail to go ahead with the local elections. “I think the local elections must be held. Otherwise the EU perspective of Albania will be compromised,” Juncker said.

Even before Meta announced the cancellation of the local elections, Tirana’s prospects for starting accession talks were looking uncertain. Germany has postponed discussion on the issue in its parliament, while MPs in the Netherlands voted in May to call on the EU to suspend visa free travel for Albanian citizens in the Schengen zone over its concerns about organised crime. Both Austria and the Netherlands are understood to be inclined not to approve the start of accession talks with Tirana.

North Macedonia had appeared to be a shoo in for the start of talks this year, as the country formerly known as Macedonia took the radical step of changing its name to end a long-standing dispute with Greece, finally opening the way for it to progress towards EU and Nato accession.

The country’s Prime Minister Zoran Zaev indicated on June 11 that his upcoming meeting with German Chancellor Angela Merkel regarding Berlin's decision on whether Skopje can launch EU accession talks will be critical. He is due to meet Merkel in Berlin on June 13, a week ahead of the Council meeting.

Zaev said he believes that North Macedonia will certainly obtain a date, but what is important for the country is to get it as soon as possible.

Some media reported that according to information from Brussels the draft conclusions for the June meeting do not contain a date for North Macedonia. The most likely scenario is to postpone the decision on the start of negotiations with the EU to July or October. Juncker recently said that North Macedonia should obtain a date for the start of its EU accession talks in July.

A failure to get a firm date — seen as the reward for the painful and politically difficult to change the country’s name — could plunge North Macedonia back into political crisis.

Zaev said on June 11 that Merkel’s decision on whether Berlin will back the start of accession talks will determine whether he will launch a planned government reshuffle or call early election.

He pledged after the recent presidential election that he would carry out a cleanup of officials in the government and ruling party including a major cabinet reshuffle after the ruling coalition’s candidate Stevo Pendarovski barely scraped ahead of his main rival in the first round of voting, reflecting voters’ unhappiness with the government’s domestic policy. However, following reports that Germany is now unwilling to allow a quick launch of EU accession negotiations, Zaev raised the possibility of an early election instead.

“Political moves by Skopje will depend on the decisions of the EU countries, the European Council as well as the message from German Chancellor Angela Merkel,” Zaev said after meeting his Czech counterpart Andrej Babis in Skopje.

The European Commission has been pushing for EU member states to agree to start accession talks with Albania and North Macedonia as part of its efforts to revitalise the enlargement process. In recent years it became apparent that the long drawn out process had caused governments to stop seeing EU accession as a near-term goal and were consequently backsliding on reforms and democratisation. The Commission responded by publishing a new strategy on enlargement last year in which it for the first time announced target dates for the next steps. These included 2025 as a tentative target date for Montenegro and Serbia — the two candidate countries closest to accession — to join the bloc.

However, member states have not been as enthusiastic over welcoming in candidate countries from the Western Balkans which are typically much poorer than existing EU members and have a number of issues from corruption to border issue still to address.

There is also an east-west divide within the EU over enlargement. While the “old” members from western Europe are more cautious, the post-communist CEE countries have been in favour of bringing in the Western Balkans states, not least because the role they played as a buffer during the 2015-2016 migrant crisis.

After his meeting with Zaev, Babis urged the European Union to start accession talks with North Macedonia, underlying that failure to do so would send the wrong message to aspirant countries. First Bulgaria and now Romania have placed integration of the Western Balkans with the EU among the priorities of their EU Council presidencies.