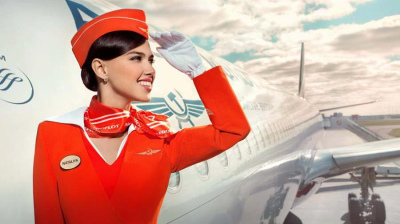 Aeroflot restarted flights to some favourite tourist destinations just as the coronavirus infections in Russia explode. Some other countries like France and German are already reimposing quarantine restrictions on inbound Russians
By bne IntelliNews June 28, 2021

Russia formally restarted flights to major city destinations around the world on June 28, just as coronavirus (COVID-19) infections exploded to levels not seen since January.

The decision seems ill timed, as daily new infections have more than doubled in the last few weeks to over 20,000 a day, making Russia number four in the list with the most new infections in a day last week. 600 people died, also a record. A total of 130,000 people were in hospital in Russia with COVID-19 on June 23, according to Health Minister Mikhail Murashko.

The authorities appear to be close to panicking, as Moscow Mayor Sergey Sobyanin announced mandatory vaccination for 60% of all service workers and stiff fines for companies that don't comply. The authorities have launched a PR campaign to persuade reluctant Russians to get the jab. Sobyanin has also closed access to bars and restaurants without a valid vaccination certificate or proof of antibodies. However, the authorities so far appear to be trying to avoid yet another full lockdown.

State TV has been running no-holds barred reporting from hospitals which are already overflowing in some regions, married with game shows where residents are rewarded for getting the shots.

The government claims vaccination uptake has risen since the Delta variant arrived in Russia and Deputy Prime Minister Tatiana Golikova announced on June 23 that vaccination rates were up 1.7 times over the previous weeks – but there are no publicly available figures. The number of jabs in Russia last week was up 25%, according to Our World in Data, as cited by The Bell.

At the same time, vaccinations have leapt to the forefront in public discourse. The number of social media posts about vaccines increased fivefold last week and vaccines were three times more popular a topic on social media than the Putin-Biden summit on 16 June (which took place the same day that Moscow announced its mandatory vaccination programme).

Mistrust in the authorities mean that only 13% of the Russian population is vaccinated, but the campaign seems to be having an effect with long queues forming outside the free dispensaries in shopping malls and elsewhere as Russians finally react to the state’s warnings. Daily vaccination rates have suddenly jumped as the people overcome their misgivings in order to avoid the penalties. A flourishing trade in fake vaccination certificates has also appeared, with several high-profile arrests already made.

Aeroflot has been one of the biggest victims of the pandemic, but as infection rates fall in other countries it has restarted several flights this week. At the same time, the number charter flights leaving Sheremetyevo (SVO) Airport in Moscow has doubled in the first quarter.

Aeroflot has agreed to open flights from Moscow to Washington and New York twice a week (that is, both the Russian carrier and the foreign one will be able to operate two flights each), reports Tass.

Also Aeroflot agreed to increase flights to Vienna, Azerbaijan, Yerevan, Qatar, Belgrade, Helsinki, and Zurich. Split, Dubrovnik, Pula, Geneva are also open for flights. Most of all, the quota for flights to Greece has been expanded. In addition to increasing the frequency of flights from Moscow to Athens, the headquarters opened flights from Moscow and the regions to Thessaloniki, Heraklion, Corfu and Rhodes

Russia is due to restart flights to Turkey, which is already accepting Russian tourists.

But the surging infection rates in Russia area already provoking other countries to impose new restrictions on Russians that may stymie holiday plans.

The rapid rise in rates caused France to add Russia on June 23 to its coronavirus ‘hotspot list, and Germany followed suit two days later. Now, the few Russians able to travel to these countries face two weeks of quarantine on arrival.

Aeroflot Group released neutral consolidated operating results for May on June 24. The number of passengers carried increased 12.8-fold y/y to 3.592mn, though that was 25.8% below the pre-pandemic May 2019 level.

“In May, Aeroflot Group continued to decrease the pace of the decline compared to the 2019 level. In particular, passenger traffic and RPK in April were 34.5% and 46.0% below the numbers seen in the same month of 2019 respectively. However, we note that there is still a way to go to reach the 2019 level,” Sberbank CIB said in a note.

“Although in the domestic market the company already exceeded the pre-pandemic level (in May the number of passengers carried and RPK exceeded the 2019 figures by 19.4% and 17.6% respectively), international volumes are far below the 2019 figures. The recent reopening of Turkey and gradual restoration of air connections with other countries should accelerate the recovery of Aeroflot's international volumes, though it is likely to slow domestic volumes' growth due to a partial redistribution of traffic between the segments. However, a full recovery of international traffic volumes is unlikely to happen soon. In fact, the company's management expects a full recovery in the international air market only in 2024,” Sberbank CIB added.