US sanctions cause a storm in Latvia’s ports 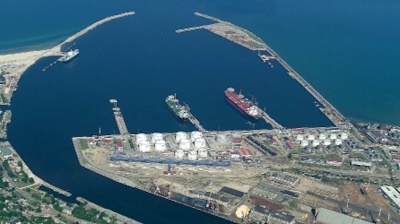 The Latvian government hastily decided to take over control of the country’s two largest ports in Riga and Ventspils after the US imposed sanctions on a leading Latvian businessman Aivars Lembergs and four entities he has ties with.

The government’s move seeks to eliminate any likelihood of disruption to operations of the two ports because of links to Lembergs, the Prime Minister Krisjanis Karins and Transport Minister Talis Linkaitis told reporters on December 10.

The US Department of the Treasury alleged on December 9 that Lembergs "controls entities through political parties and corrupt politicians, and systematically exploits those entities and individuals for his own economic gain."

“Additionally, Lembergs has leveraged and corrupted law enforcement officials to protect his interests and subvert politicians whom he otherwise was unable to control,” it added.

Following the announcement of the sanctions, Lembergs resigned from the board of Freeport of Ventspils Authority. Other sanctioned entities he controls or owns include Ventspils Development Agency, Business Development Association and the Latvian Transit Business Association (LTBA).

State-run Latvian railways and Riga International Airport ceased their membership in the LTBA in effect of the sanctions.

Neither Lembergs nor the sanctioned entities appear to have links to the port of Riga, but the government said taking over control of the port was a proactive measure in case any involvement could be established.

Lembergs has been a towering figure in Latvian business and politics for over three decades. A long-time mayor of Ventspils, he was suspended recently following corruption charges, which he denies. Politically, he is seen as close to the Union of Greens and Farmers, which co-ruled Latvia between 2014 and 2018.

In reaction to the sanctions, Lembergs accused PM Karins, Foreign Minister Edgars Rinkevics, and Justice Minister Janis Bordans of being behind the sanctions in order to “ruin him” as well as the opposition, LSM reported. He also denied controlling or owning any of the sanctioned entities.

Rinkevics responded to Lembergs’ charges on Twitter saying he had no role whatsoever in the US’ decision to sanction the businessman and the organisations he is linked to.

"I have had no opportunity to see the accusations against me. I feel exactly like I am in the times of Stalin's repressions," Lembergs told journalists, according to LSM.

The sanctions against Lembergs and the four entities are not the first time the US has focused on Latvia, which Washington says has suffered because of corruption for years, "robbing the Latvian people of funds for public services, and empowering illicit actors to harm the security of the Latvian state and the Nato Alliance."

In early 2018, the US said Latvia's third-largest bank ABLV was implicit in money laundering operations and financing terrorism. The charges eventually led to the liquidation of the bank.