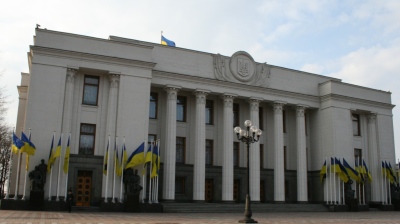 Ukraine’s parliament approved on July 21 the “investment nanny” bill, which offers state assistance and oversight to large investment projects. The bill provides a 15-year state guarantee on foreign investments upon signing a direct special agreement with the Ukrainian government.

The state assigns a manager to each project who is responsible for the successful preparation and fulfilment of the project. Among the changes since the president’s original proposal is lowering the required investment to $35mn, instead of $100mn. The foreign investments also gain an exemption from the profit tax, value-added tax and customs duties for new equipment imported to Ukraine.

The bill simplifies the process for obtaining land for these investments, while the building or reconstruction of necessary infrastructure will occur at the state's expense, including roads and utilities. Total state support can be valued at up to 30% of the project’s cost. The project must be completed in five years, must create at least 150 new jobs, with the average wage at least 15% higher than the wage in the same industry in the region.

"This measure is the latest one-off political solution offered by the Zelenskiy administration to address a problem that otherwise needs commitment to large-scale planning and a long-term strategy," Zenon Zawada, an analyst at the Kyiv-based Concorde Capital brokerage, said in a research note. "It also reflects President Zelenskiy’s penchant for autocratic rule, or rule by telephone, in which he or his closest officials get personally involved in decision-making processes that should occur at institutions independently."

"After all, for the appointed nannies to be successful, they will need the personal backing of the president to deal with non-compliant or corrupt officials," he went on to say. "Most of the 244 votes for this bill came from the pro-presidential People’s Servant Party, with no support from the pro-Western parties (though most of these projects would likely come from the West)."

According to Zawada, the investment nanny is an embarrassing admission that Ukraine is not a safe place for foreign investment.

"Moreover, the appointed nannies could very well find themselves having just as much trouble navigating through Ukraine’s murky bureaucracy as anyone else (even with Zelenskiy’s direct involvement)," he added. "But ultimately, we have to view any investment initiatives as positive, or at least better than nothing."

Tehran Stock Exchange chief quits amid “Black Monday” fury
15 hours ago
Oligarchs trying to derail Ukraine’s privatisation programme, warns the head of Ukraine’s State Property Fund
19 hours ago
International Ice Hockey Federation (IIHF) has stripped Belarus of the right to hold the World Championship this year
21 hours ago
Russian opposition activist Navalny calls for supporters to take to the streets this weekend
1 day ago
Armenia ‘to extend life of its 1970s Metsamor nuclear power plant after 2026’
1 day ago