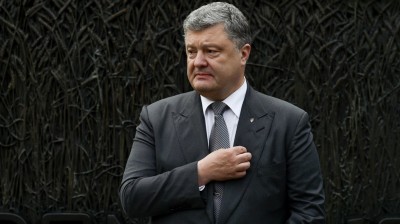 Ukraine’s General Prosecutor Office is petitioning the courts for an arrest warrant for former president Petro Poroshenko and is asking for bail to be set at UAH10mn ($373,000), Ukrainska Pravda reported on June 16. The issue will be decided at a court session on June 18, which Poroshenko will attend, according to reports.

Poroshenko has been under investigation by law enforcement agencies for several months in several cases that he claims are politically motivated. Ukrainian President Volodymyr Zelenskiy has made no secret of the fact that he personally dislikes the former president and current political rival.

In the most recent scandal, in May Ukraine's State Bureau of Investigations (SBI) opened a criminal case on the alleged illegal wiretappings of phone conversations between then-president Poroshenko and then-US vice-president Joe Biden, according to the Ukrainska Pravda.

Zelenskiy sacked Ruslan Riaboshapka on March 5, who was dubbed “Ukraine’s first honest General Prosecutor”, and replaced him with Iryna Venediktova, who is reportedly loyal to the president.

One of her first acts as Ukraine’s top policeman was to launch five criminal cases concerning possible unlawful actions by Poroshenko, during the appointment of judges of the Supreme Court of Ukraine.

According to the claims, the grounds for issuing the presidential decrees do not comply with the provisions of the Constitution of Ukraine and the law of Ukraine "On the Judicial System and Status of Judges" stated in them.

The whole appointment process of these judges was scandal-ridden, as several of them were known to be corrupt and Poroshenko’s actions were seen by critics as an attempt to stack Ukraine’s top courts with judges loyal to himself.

Now Venediktova is threatening to arrest the former president on abuse of office charges.

According to Poroshenko's lawyer, Ilya Novikov, there will be a court meeting on June 18 at the Pechersk court to decide whether an arrest warrant will be issued. He added that Poroshenko will attend the session, despite the recent death of his father.

On June 10, prosecutors of the Office of the Prosecutor General raised the abuse of office, connected to the appointment of the deputy head of the Foreign Intelligence Service, Sergei Semochko, to the State Security Bureau (SBU).