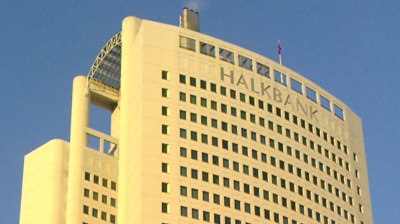 A US prosecutor on October 23 described Turkey’s state lender Halk Bankasi (Halkbank) as a “fugitive” after the bank failed to send a lawyer to an initial federal court hearing on an alleged conspiracy to violate US sanctions against Iran.

Assistant US Attorney Michael Lockard said at the hearing in a Manhattan court that prosecutors had served a summons on the bank’s US lawyer and that the bank was “in contempt” for not appearing, Reuters reported. He added that prosecutors would give the bank more time to respond, but might seek a fine if it continued to refuse.

Such a fine would be a penalty only for failing to appear in court; it would not reflect a finding that the bank was guilty of the charges against it.

US District Judge Richard Berman, who is presiding over the case, gave the bank another two weeks to respond to the summons.

Andrew Hruska, Halkbank’s US lawyer, said in a court filing on October 21 that he was not authorised to accept a summons or to appear in court on behalf of the bank.

Federal prosecutors in Manhattan brought the criminal charges against Halkbank on October 16.

It is unclear whether the White House supports the move. US Vice President Mike Pence has said he told Turkish officials that the charges against Halkbank were a matter for the New York federal prosecutors.

The charges were part of a criminal case that became public in 2016 with the arrest in Miami of Reza Zarrab, a Turkish-Iranian gold trader accused of playing a central role along with Halkbank in a scheme to help Iran evade US sanctions using sham food and gold transactions.

Mehmet Hakan Atilla, who was Halkbank’s deputy general manager with responsibility for international banking, was arrested in New York the following year. Zarrab pleaded guilty and testified for US prosecutors at Atilla’s trial, accusing officials including Turkish President Recep Tayyip Erdogan of taking part in the sanctions evasion scheme. Erdogan has strenuously denied any such participation and has repeatedly condemned the case as a political attack on his government launched by his Gulenist enemies. He first appealed to the Obama administration to have the case dropped, then turned to the Trump administration with the same demand.

When the indictment was announced, Erdogan described the charges as “unlawful, ugly”, telling reporters in Ankara that the Halkbank issue was “supposedly closed”.

This week has brought a new twist to the affair—Atilla, who was found guilty and sentenced to 32 months in prison, was announced as the new director general of the Istanbul stock exchange by Finance Minister Berat Albayrak.

This appointment of Atilla, who returned to Turkey in July after serving his sentence, has not gone down well with the European Bank of Reconstruction and Development (EBRD), which owns 10% of the stock exchange. It said it was not consulted about the move, which it does not support. The EBRD has taken the matter up with Turkish officials.