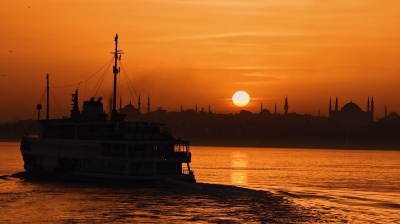 Turkey hopes foreign tourists will be flocking back to delights such as Istanbul not too many months from now.
By bne IntelIiNews May 21, 2020

Turkey does not risk a second wave of coronavirus (COVID-19) infections as things stand, according to its health minister Fahrettin Koca.

“If we continue to abide by the rules of social distancing, wearing a mask and a limited social life, then we don’t see a risk of second wave,” Koca told a press conference on May 19.

“Like the rest of the world, we are also monitoring actively such a risk around September or October. But we are in a position to take necessary measures in the case of a second wave,” he added.

The veracity of Turkey’s official assessment of its COVID-19 outbreak has been under sceptical scrutiny since the country reported its first coronavirus infection as late as March 11—analysts expressed disbelief in the couple of weeks before that date given that neighbouring Iran by then already had one of the world’s worst outbreaks.

Koca said that given the improved situation Turkey was preparing to start its medical tourism season, with patients of 31 countries where the pandemic has had a relatively mild impact to be invited to the country.

“If necessary, and if there is demand, we will organise charter flights for medical tourism,” Koca said, adding that those flown in would be tested for the virus upon arrival.

Travel restrictions for senior citizens in Turkey were to be eased in the coming days, the minister added.

Offering an official indicator that the spirits of the Turkish consumer have not been entirely crushed, national statistical authority TUIK said on May 20 that Turkey's consumer confidence index rose to 59.5 points in May, climbing from April's 54.9. The April figure was the lowest recorded since the data was first published in 2004.

Turkey has become familiar with a worrying pattern in which it experiences low magnitude earthquakes more frequently than usual. Since last autumn, ... more

Four Turkish MPs, one from the governing AKP and three from the pro-Kurdish HDP, have been diagnosed as having coronavirus ... more

The French foreign minister on June 24 called on France’s European Union partners to hold urgent talks on the bloc’s future relations with Turkey. Paris and Ankara have this week exchanged tense ... more