The balls of war: Iran and US accuse each other of stepping back from military confrontation 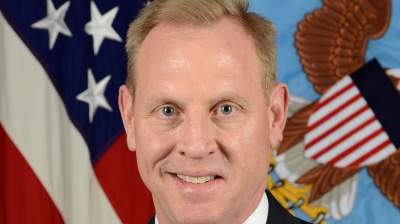 Reporters struggled to understand what Acting US Defense Secretary Patrick Shanahan was talking about in his briefing on the Iran situation.
By bne IntelliNews May 21, 2019

So who’s got their facts straight here? The tense debate over whether Iran and the US could go to war in the near future on May 21 brought conflicting comments from Iranian President Hassan Rouhani and Acting US Defense Secretary Patrick Shanahan.

Describing the US administration as run by “novice politicians with naive ideas”, Rouhani claimed President Donald Trump had stepped back from his threats against Tehran after military aides advised him against a war with the Islamic Republic.

“Right after threatening Iran, they were forced to say they do not seek a war,” Rouhani said in televised remarks. “Iranians will never bow to a bully.”

The unity of the Iranian nation had also helped to change Trump’s thinking when it comes to the question of waging war, he added.

Rouhani rejected talks with the US, responding to a remark from Trump that Iran would call and ask for negotiations “if and when they are ever ready” by saying that Tehran would stay on the path of resistance.

For his part, Shanahan said that while threats from Iran in the Middle East remained high, deterrence measures taken by the Pentagon had “put on hold” the potential for attacks on Americans. Reuters reported that it was unclear exactly what Shanahan meant and Pentagon officials could not immediately clarify whether the threat from Iran had been diminished.

“There haven’t been any attacks on Americans. I would consider that a hold,” Shanahan told reporters. “That doesn’t mean that the threats that we’ve previously identified have gone away. Our prudent response, I think, has given the Iranians time to recalculate.”

The US military deployed a carrier strike group, bombers and Patriot missiles to the Middle East earlier this month in response to what Washington claimed were troubling indications of possible preparations for an attack by Iran. However, the US has not provided any clear evidence of such preparations.

“I just hope Iran is listening. We’re in the region to address many things, but it is not to go to war with Iran,” Shanahan also said.

He added that it was a period where the threat remained high and the focus was on making sure there was “no miscalculations by the Iranians.”

Meanwhile, Iraq announced on May 21 that it will send delegations to Washington and Tehran to help “halt tension” amid fears of a confrontation between US and Iran.

Iraqi Prime Minister Adel Abdul Mahdi said that there were no Iraqi groups that wanted to push towards a war. He was speaking two days after a rocket fired in Baghdad landed close to the US Embassy. It was the latest in a series of regional attacks that the US says it believes may have been inspired by Iran. Again, the claim is there but evidence to justify it has not been presented in public. Iran has rejected allegations of involvement in any of the attacks, including incidents involving oil tankers in the Sea of Oman and a drone attack on an oil pipeline in Saudi Arabia claimed by the Iran-allied Houthi rebels who are fighting forces that include the Saudis in Yemen.

UN Iraq envoy Jeanine Hennis-Plasschaert told the UN Security Council on May 21 that Iraq could “be a stabilising factor in a turbulent region and instead of an arena for conflict” the country could offer a space for regional reconciliation, paving a path for a regional security dialogue, Reuters reported.

“At the same time, we cannot ignore that Iraq faces serious challenges in preventing its territory from becoming the theatre for different competitions. So, to all those feeling challenged: placing a further burden on Iraq is truly the last thing it needs,” she warned.