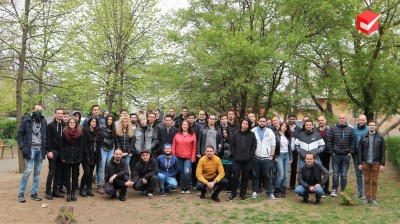 150 technicians from Whyttest, based in Romania and Serbia, will be joining Testronic.
By bne IntelliNews August 13, 2020

150 technicians from the firm, based in Romania and Serbia, will be joining Testronic, which will take the total headcount of the company to over 1,000 staff.

Whyttest provides QA testing and customer support across all platforms, including mobile.

The company was founded in 2014 in Bucharest by Marius Potirniche, who previously worked for 12 years at Ubisoft. Potirniche will now become a senior executive at Testronic.

“We started Whyttest in 2014 with the vision of bringing together talented people to make an impact on the industry. We now have 150 staff split across two great locations, working with games publishing clients all over the world,” said Potirniche in a statement.

“Now it is time to expand our business and we are very happy we have found a partner in Testronic, a company that shares the same values and vision that we have here. There will be exciting times ahead.”

Testronic is part of the Catalis Group, which also includes leading UK digital publisher Curve Digital. The Catalis Group was the subject of an investment late last year by NorthEdge Capital and Vespa Capital, valuing the group at €100mn.

“The investment we received from NorthEdge Capital and Vespa Capital in October last year has given us the opportunity to further grow the business,” said Catalis Group chief executive and Testronic CEO Dominic Wheatley. Our first acquisition was Runner Duck, a games development studio which is now part of Curve Digital, and now Whyttest is the first example of our growth plans for Testronic. The group is looking at further growth, both organically and via acquisition.”