STOLYPIN: Terrorism back at the top of Moscow’s agenda 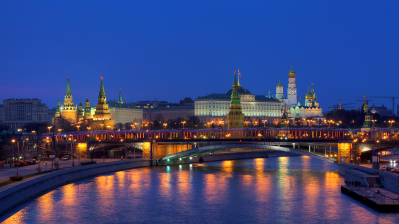 Does tragedy become opportunity for the Kremlin?
By Mark Galeotti of the Institute of International Relations Prague April 3, 2017

An explosion on a St Petersburg metro kills 10 people, injures dozens more. A second, larger bomb is disarmed. Despite the encouragingly quick and candid coverage on Russian TV – something of a contrast with past practice – inevitably in the first hours and in the absence of adequate hard information, people fall back on their default assumptions: the start of a campaign of jihadist attacks? (maybe); terrorism by Alexei Navalny’s supporters? (no); false flag attacks by the Russian state as a pretext for attacks on Ukraine? (likewise unsubstantiated).

Beyond whodunit, though, the real question is what next?

We know what to expect on day one: a sternly paternal statement from President Vladimir Putin; a massive investigation by the security agencies; more bag checks, dogs, and men in uniform in the metro and railway stations (to comfort worried civilians rather than because they are likely to have much real security impact); pointlessly belligerent fulminations in the Duma; triumphalist claims from jihadists.

What really matters is what follows. First of all, was this a single incident or the beginning of something? Interestingly, this was not a suicide attack, which has been the hallmark of previous atrocities linked with the North Caucasus. It certainly does not rule out jihadism by any means, but does at least raise the possibility that it could be some unhinged individual or other force.

Nonetheless, the odds are that the jihadist claims are accurate, and this was a product of the festering conflicts in the North Caucasus and the newer transnational challenges of Al-Qaeda and Islamic State (IS). The latter is a particular concern, given that of the estimated 4,000-5,000 Russian citizens fighting for IS in Syria and Iraq, a growing number are trickling home as their prospects of victory in the Middle East dwindle.

This, after all, has been the nightmare of the security agencies for the past few years. In 2013-14, there was relief when many young militants swapped the hopeless skirmishes in the North Caucasus for what seemed to be imminent triumph to the south. Some local Federal Security Service (FSB) offices even connived at this, happy to export the problem, especially before the Sochi Winter Olympics.

Last year, an FSB veteran complained to me that, contrary to his hopes and expectations, “the Americans just hadn’t killed enough of them”. Seduced by the techno-fantasies of omniscient, omnipotent, omni-murderous counter-insurgency, drone-style, they had initially thought the problem solved. Even by late 2015, though, they had come to realise that they had merely postponed it, and sooner or later the militants – now more experienced, battle-hardened, and maybe with new foreign friends and backers – would be coming home.

If this is planned as part of the start of the campaign, then the security agencies will try and take it down, fast and hard. In that case, we can expect lots of arrests – the basic philosophy is that it’s fine to detain nine innocents so long as you net one militant – as well as a ramping up of document checks and similar surveillance of anyone looking even vaguely as if they may hail from Central Asia or the Caucasus. That this tends largely to panic Russians and alienate everyone else (and generate lucrative new extortion opportunities for cops) is beside the point.

Secondly, does tragedy become opportunity for the Kremlin? The detailed and balanced initial media coverage is encouraging. Hopefully, this reflects lessons learned from earlier attacks: that this is the best antidote to panic, rumour, and conspiracy theory. Nonetheless, from within the commentariat and political hitmen, already there have been some shabby, sideways attempts somehow to link Navalny and the protests with the blast. Will the security threat be mobilised as a pretext to ban demonstrations (in the interests of public safety, of course), or more broadly as a reason to say “now is not the time for division”?

Ultimately, one attack is a tragedy but for everyone whose personal circle has not been affected by it, a meaningless one. Outside the North Caucasus, this is a relatively secure country. The Russian security apparatus, in its own bare-knuckled way, is pretty effective. Nonetheless, as past and present experiences in other parts of the world have amply demonstrated, it is impossible to completely prevent attacks getting through. The challenge for the Kremlin is to nurture public resilience to cope with these isolated atrocities, and to avoid the temptation to use them for sordid political advantage.