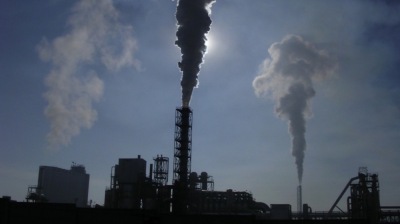 The Serbian parliament is due to vote on November 16 on legislation that, if approved, will allow major polluters to continue operating without environmental permits for three more years.

Belgrade has offered investors exemptions from environmental and other regulations to encourage them to invest in the country, as well as allowing the coal power plants operated by state-owned utility Elektroprivreda Srbije (EPS) to operate without environmental permits.

MPs are expected to approve amendments to the Law on Integrated Prevention and Pollution Control on November 16 after the draft legislation was adopted at a government session October 21. They were then passed by two parliamentary committees, the National Assembly Committee for Environmental Matters and the National Assembly Committee for Constitutional Matters, on November 8.

Under the amendments, the deadline for issuing integrated environmental permits (IPPC permits) for existing plants would be postponed until December 31, 2024.

According to the Serbian Renewables and Environmental Regulatory Institute, IPPC permits provide for comprehensive protection of air, water and soil from pollution, prevention of pollution and the application of the best and most environmentally friendly technical solutions.

In a statement emailed to bne IntelliNews, Bankwatch said the amendments were adopted by the government without any public debate. Later, according to a Bankwatch spokesperson, the Committee for Environmental Matters considered the amendments for a mere four minutes before issuing its approval.

According to research by Bankwatch, of the 227 facilities listed by the Ministry for Environmental Protection, only 46 have obtained permits, meaning 181 facilities are operating without environmental permits.

“By once again allowing Serbia’s power plants to operate without environmental permits, Serbia is knowingly putting its citizens’ health and the environment at risk. Serbians are the ones that will pay the price for the government’s flippant attitude towards its own laws. At this crucial time in the fight to protect nature and our climate, Serbia should be putting its people’s right to a healthy environment at the heart of decision-making, not using their legal power to maintain the status quo,” said ClientEarth’s energy lawyer Maria Jolie Veder.

As well as the EPS power plants, the facilities operating without environmental permits include the mining complex in Bor operated by Zijin Bor Copper doo and the iron factory complex operated by HBIS Group Serbia.

Serbian NGO the Renewables and Environmental Regulatory Institute (RERI) urged the Serbian Public Prosecutor to intervene on November 5, and highlighted the irony of the Serbian parliament preparing to adopt the amendments for coal power plants shortly after the commitments to phase out coal made at COP26 in Glasgow.

“The timing could hardly have been more ironic. At least 23 new countries have pledged to phase out coal power this week at COP26 but the Serbian government is handing out new privileges to polluters,” said Jovan Rajic from RERI, as quoted in the Bankwatch statement.

‘Postponing the deadline for issuing environmental permits is a clear signal to polluters that laws do not apply to them and that the State will always be there to support them in their lawlessness because it does not care for the laws and is not able to implement them,’ he added.

Population decline to take Emerging Europe back to the early 20th century
BALKAN BLOG: Southeast Europe’s ties to Russia prove hard to sever
Serbia to crack down on environmental crime