Sberbank signs off on deal to buy 20% stake in Mail.ru 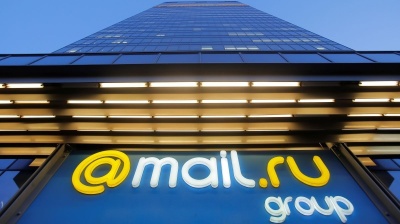 Sberbank signs off on deal to buy 20% stake in Mail.ru
By bne IntelliNews October 29, 2019

Russia’s largest bank and tech giant wannabe Sberbank has announced that it has signed a non-binding agreement to acquire from Gazprombank a 35% stake in MF Tekhnologii, the owner of a 58.3% voting interest in Mail.ru.

If the deal is completed then Sberbank would take control of 20.6% of voting rights and 1.8% of the economic interest in Mail.ru. Sberbank was intending to tie up with Russia’s tech leader Yandex, but the deal quickly fell to pieces and ended in divorce after only a year due to reported clashes between the management of the two organisations.

As reported by bne IntelliNews, in 2018 unconfirmed reports already suggested that the government and the Kremlin would like to exercise more control over private Yandex. Then Sberbank, which holds a "golden share" in the company, reportedly planned to gain more control in the company or even to stage a hostile takeover of Yandex. But as the founders and shareholders of Yandex reportedly refused to negotiate with the state-controlled bank and made changes to the shareholder structure, no deal followed. The relations between the two companies worsened. In 2019, Sberbank retaliated by picking Rambler Group over Yandex as the main online media platform for its growing digital ecosystem, moved to boost rival Mail.ru group in the taxi and food delivery segment, and reportedly even considered breaking up the Yandex.Market e-commerce joint venture with Yandex.

Russian newswire Interfax reports the stake is valued at $170mn (RUB11bn). Gazprombank acquired its stake at $157.5mn, so the reported price is 8% higher, and double the implied market price.

"The [shareholder] change, if it happens, would be positive for Mail.ru’s investor sentiment, even though Sberbank has state control," BCS Global Markets commented on October 29. However, "for Sberbank, the logic is not clear, as the JV with Mail.ru has not yet been closed," BCS GM analysts added, even though Mail.ru's stake may contribute to Sberbank’s ecosystem developments.

“From a Sberbank investor perspective, we view this allocation of capital as questionable, given Mail.ru’s complex business structure (including its JV in e-commerce/payments with Alibaba) is likely to suffer from new conflicts of interest with the arrival of Sberbank. Still, the transaction is small in the Sberbank context, and we therefore keep our forecasts and 12-month Target Price of RUB390 for ords unchanged. Buy reiterated,” VTB Capital (VTBC) said in a note.

Other shareholders of MF Technologii include MegaFon (45%), USM (9%) and Rostec (11%). The deal is expected to close by the end of this year, subject to regulatory approvals.

The deal has been in the making all year. In July, Sberbank created a 50/50 JV in O2O services in preparation. The announcement on October 29 expressed support for Mail.ru’s broader strategy and its expansion of areas of cooperation. Sberbank has ambitions to move beyond banking and become a fintech and e-commerce powerhouse. It has already proposed changing its name to just “Sber”, dropping the word “bank” entirely.

“Given the difficulties in the Sberbank/Yandex partnership, we believe today’s step could be just Act 1, subject to the progress of the Sberbank/Mail.ru JV,” VTBC added.

The deal also ups Sberbank's stakes in the tech space which has enjoyed exponential growth in the last years, creating a more powerful rival to Yandex.

Mail.ru is now part of an ecommerce/payments partnership with Chinese online business Alibaba, which also owns a 10% stake in Mail.ru, in, which Sberbank tried collaborating before entering the Yandex e-commerce JV.

“Both these partnerships are in direct competition with Sberbank now, so we believe visibility over the future of JV with Yandex could emerge sooner rather than later,” VTBC said.

The deal surprised analysts, following a 2Q19 call with Sberbank where it promised that “all major investments in ecosystem are over”, and because, structure-wise, it is a cash out transaction, VTBC said.

“In our view, the transaction is moderately negative for Sberbank stock – primarily from the capital allocation perspective, as it suggests downside risks to our expectations of a >50% dividend payout ratio after 2020. Separately, the long-term economic value add of the ecosystem remains open to debate, as a number of participants from many industries are all pushing in the same direction. We therefore believe it might well turn into client retention/loyalty tool (and thus an expense),” VTBC concluded.