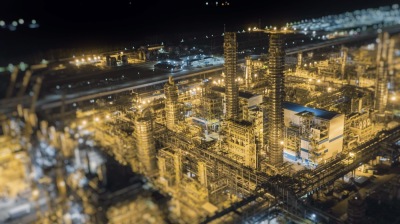 Russian petrochemical giant Sibur has brought its new facility at Tobolsk in Siberia, ZapSibNeftekhim, online, producing its first polyethylene from its own feedstock in October.

“In the course of ZapSibNeftekhim commissioning and start-up, we reached yet another major milestone – the first ethylene batch produced in-house and used as feedstock for the first polyethylene granules. The commissioning and start-up is well underway to bring the new petrochemical facility on stream. Following polyethylene production by the first polymerisation unit, our staff will need to set up the other three units to make this polymer, and fine-tune processes at all stages of the facility’s production chain,” the company said in a press release.

After the ramp-up to its full capacity, the petrochemical facility will manufacture 1.5 mt of polyethylene per year. It will be Russia’s largest polymer production facility.

“In spring, ZapSibNeftekhim produced a test batch of polyethylene from imported feedstock, while today the process is running smoothly using our own feedstock,” the company said.

Igor Klimov, a member of SIBUR’s management board, CEO of ZapSibNeftekhim and SIBUR Tobolsk said: "The first polyethylene batch from our own feedstock is one of the key stages of launching the entire ZapSibNeftekhim petrochemical facility. We hit this milestone thanks to the concerted efforts of our staff involved in commissioning and start-up, and those in the facility’s operations unit. Now, we are working to align processes across all production units and tweak the equipment.”

Serbia’s president claims foreign intelligence influence in anti-government protests
3 hours ago
Famous ex-defence reporter arrested, accused of treason
19 hours ago
Turkmen President Gurbanguly Berdimuhamedov takes a holiday as WHO mission finally arrives in Ashgabat
19 hours ago
Violent clashes with police at thousands-strong anti-lockdown protest in Belgrade
1 day ago
Belarus presidential election to have no outside observers, opposition may united by a single candidate
1 day ago