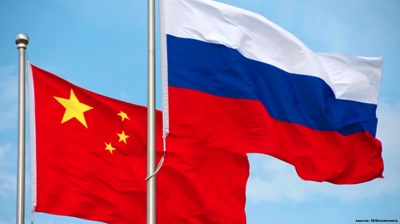 The foreign ministries of China and Russia have slammed the selective invitations to  a US-sponsored “Summit for Democracy” slated for December that saw countries like Poland and India invited, but EU allies and Nato members like Serbia and Hungary excluded.

China’s foreign ministry has publicly supported Russia in condemning the US-backed event and Anatoly Antonov, the Russian ambassador to the United States, and Qin Gang, the ambassador of the People’s Republic of China to the United States, penned joint essay that lambasted Washington for trying to push its version of “values-based democracy” on the rest of the world.

The essay went on to argue that both China and Russia are democracies, just not the same kind as the US version. Russian President Vladimir Putin has been joined by China’s president Xi Jinping is calling for an end to the “unipolar” version of international politics, dominated by the US, and for a transition to a “multi-polar” world where Washington’s hegemony is broken and all countries participate equally in decision making, preferably under the auspices of the United Nations.

China’s diplomatic spokesman Zhao Lijian said on November 24 that Kremlin press secretary, Dmitry Peskov, was correct in stating earlier this week that Washington “prefers to create new dividing lines, to separate countries into those that – in their opinion – are good, and those that are bad,” RT reports.

By doing this, the US “will only instigate ideological confrontation, which is completely a distortion of and affront to democracy,” the Beijing official remarked.

The Kremlin has long been at loggerheads with Washington, which it accuses of trying to “privatize democracy.”

Both Russia and China blasted White House’s “one-size-fits-all” approach to democracy, which seeks to impose the so-called Washington Consensus that emphasizes a political system based on individual choice on the rest of the world. As bne IntelliNews reported both China and Russia have adopted an alternative Moscow Consensus which emphasises the importance of the state and expects the population to make some sacrifices in their personal freedoms for the sake of a strong state, amongst other things.

The two partners pointed to some obvious US failures in recent years including the military action in Libya, Afghanistan and Iraq. Zhao said that forcing nations to follow the US version has been a “fiasco” and “will only… lead them astray.”

Beijing and Moscow have pointed to the selective bias highlighted by the choice of countries to exclude from the conference: several countries with warm relations with Russia were not invited including Hungary, Serbia and Turkey. Other former Soviet republics that are neither members of the EU or Nato were invited including: Moldova, Georgia, Armenia and Ukraine. Most controversial of all, was the decision to invite Taiwan, which Beijing continues to see as a breakaway region that is part of China.

The essay penned by the two ambassadors that appeared in the National Interest laid out in detail many of the two country’s objections to the US.

“The United States will be hosting the online Summit for Democracy on December 9-10, 2021, empowering itself to define who is to attend the event and who is not, who is a “democratic country” and who is not eligible for such status. An evident product of its Cold-War mentality, this will stoke up ideological confrontation and a rift in the world, creating new “dividing lines.” This trend contradicts the development of the modern world. It is impossible to prevent the shaping of a global polycentric architecture but could strain the objective process. China and Russia firmly reject this move,” the ambassadors said in the opening of the essay.

Russian political scientist Sergey Radchenko pointed out that this idea of “de-ideologizing” international politics was launched by Mikhail Gorbachev in the dying days of the Soviet Union, but then he was talking about ending the Marxist-Leninist ideology.

“Peace, development, fairness, justice, democracy, and freedom are common values of humanity. Democracy is not a prerogative of a certain country or a group of countries, but a universal right of all peoples. It can be realized in multiple ways, and no model can fit all countries,” the ambassadors said.

Both ambassadors went on to claim that their countries are actually democratic – just that they have a different version of democracy.

“What China has is an extensive, whole-process socialist democracy. It reflects the people’s will, suits the country’s realities, and enjoys strong support from the people. In China, the people have the right to elections, and they can get deeply involved in national governance, exercising their power through the People's Congresses at the national and other levels. China has eight non-Communist parties participating in governance, as well as a unique system and corresponding institutions of political consultation,” Qin wrote.

“Russia is a democratic federative law-governed state with a republican form of government. Democracy is the fundamental principle of its political system. The democratic institutions were further strengthened by the amendments to the Constitution adopted through a referendum in 2020,” Antonov added.

“This here, though, will make you choke on your coffee. True, everyone knows that China has democracy with Chinese characteristics. It is also known as "dictatorship." Gorbachev flew out the window at this point. Also worth marking this paragraph as "fraud",” Radchenko commented, conceding that RUssia’s system is more democratic but pointing out that the elections are deeply flawed.

The Chinese and Russian ambassadors both complained about the interference in their internal affairs under the pretext of “fighting corruption, promoting democratic values and protecting human rights” was “obviously anti-democratic.”

But the core argument is that China and Russia reject the right of the rest of the world to even comment on their systems.

“No country has the right to judge the world’s vast and varied political landscape by a single yardstick, and having other countries copy one’s political system through color revolution, regime change and even use of force go against international law, and are obviously anti-democratic,” the ambassadors said.

The ambassadors warned that the attempts by the US to impose its model on the rest of the world is not only “anti-democratic,” but will also lead to conflict.

Radchenko points out that while none of these positions are new what was remarkable about the essay is that it shows Moscow and Beijing and increasingly working together to present a united front against the US at  a time when the Biden administration is trying to deescalate its problems with Russia to free up more capacity to deal with the new “China problem.”