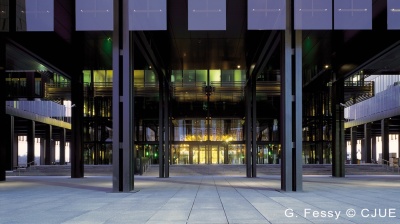 Mining must stop at Turow immediately until the Court of Justice of the EU (CJEU) reviews the Czechs’ complaint against plans to expand the mine.
By Wojciech Kosc in Warsaw May 24, 2021

Poland is in for another major tussle with the EU after the bloc’s top court issued an interim measure on May 21 to stop lignite mining at the Turow mine near the border with Czechia. Poland says it will not comply because of energy security issues.

Mining must stop at Turow immediately until the Court of Justice of the EU (CJEU) reviews the Czechs’ complaint against plans to expand the mine, as put forward by its operator, Poland’s state-controlled power company PGE.

In early 2020, Poland allowed PGE to keep mining lignite – which feeds the adjacent Turow power plant, a major installation supplying up to 7% of Polish electricity – until 2026.

In a typical lignite mine-power plant set up, lignite must be fed to the plant on the spot, as it cannot be moved so easily as coal, for example on trains.

The Czechs filed their lawsuit at the CJEU in February, claiming that Poland granted the extension of the mine’s operations without carrying out an environmental impact assessment.

Poland says that the assessment was not necessary. In line with Polish law, if a mining extension is “motivated by rational management of the deposit without extending the scope of the concession”, it does not need an environmental impact assessment.

However, the CJEU said that the law in question may well infringe the EU’s Environmental Impact Assessment (EIA) Directive.

“It cannot be ruled out … that the Polish legislation infringes the requirements of the EIA Directive, according to which, in substance, the extension of an open-cast mining project must be subject to an environmental impact assessment or, at least, prior verification of the need for such an assessment,” the court said in a statement.

The court also listened to the Czechs’ argument that to keep mining in Turow will likely mean considerable outflows of groundwater from the Czech Republic to Poland. Open cast mines like Turow typically cause such outflows from nearby locations.

Poland promised to build a screen to keep water on the Czech side but its construction will not be completed until 2023. The damage to the water table that will take place by that time is not reversible, the CJEU noted.

The CJEU also dismissed Poland’s argument that shutting down the Turow power plant, which would inevitably ensue once mining is stopped, would pose a threat to the stability of energy supply.

Czechia welcomed the court’s decision although it does not yet mean that the final verdict will shut down the Turow mine – and the Turow power plant – for good.

"Mining activity not only has a negative effect on the rights of the citizens at the Czech-Polish border to water as mining affects the groundwater level, but also on the quality of the environment and property of the citizens," Czech Environment Minister Richard Brabec said, according to Reuters.

Poland hinted very strongly it would not comply with the CJEU’s interim measure.

“The Polish government will not take any actions that could jeopardise Poland's energy security,” Prime Minister Mateusz Morawiecki said in a statement.

Poland derives around 70% of its electricity from coal- and lignite-fired power plants and only plans to wean itself off the commodity completely by 2049.