bne has learnt that Emirates intends to start a new route from its Dubai hub to Poland and grant Russia the ultimate accolade of putting Moscow on its Airbus 380 route list. While such an expansion by the world's largest airline is a vote of confidence in the Emerging European market, it's less good news for the region's struggling flag carriers that are desperately looking to be rescued by such global airlines.

According to Richard Jewsbury, Senior Vice President Commercial Operations of Europe and the Russian Federation, Emirates will begin from February a new daily route to the Polish capital of Warsaw, and is the process of hiring local staff and setting up a call centre there.

The Emirates number-crunchers regard Poland as a definite growth market for both passenger and cargo traffic (Emirates is also the world's second biggest cargo airline after Fedex) given its relatively strong economic performance since the 2008 crisis. "Poland never went into recession following the crisis and while the recession in Europe is having and will have a broader impact on Poland, we still see it very much as a growth market," Jewsbury says. "There's a lot of investment going into Poland, so there's good cargo potential both inbound and out, as well as strong passenger demand inbound and outbound from business and tourism."

Jewsbury adds that Emirates can also take advantage of the fact there's currently little eastbound long-haul competition out of Poland. "Most of traffic travels over the European hubs, so we bring in a fresh new offering in that it is non-stop to Dubai and then another leg to the long-haul networks of Asia, the Indian Subcontinent, Africa and Australia/New Zealand," he says.

The airline's other CEE routes, to Prague and Moscow, have already been paying dividends. Emirates' began a daily passenger/cargo route to Prague in 2010 and has already upgraded the daily flight from an Airbus 330 to a Boeing 777, which has an extra 86 seats to take the total to 364. Moscow from December 1 will have one of its two daily flights to Moscow upgraded to an A380 - the double-decker, wide-body, four-engine jet airliner that along with the 777 is becoming the backbone of Emirates' fleet.

Emirates' expansion in CEE is an acknowledgement of the better growth potential of the emerging part of Europe than in Western Europe, as well as the shift in trading patterns toward the emerging markets that has become more marked since the 2008 crisis.

Since the global crisis hit, there's also clearly been a trend of emerging markets trading more between themselves and less with developed markets. China, for example, has already become Brazil's biggest consumer of raw materials, and will soon be the biggest for Africa too. A 2011 report by Citigroup predicts intra-emerging market trade to overtake trade within the advanced economies by 2015 and to exceed trade between advanced economies and emerging markets by 2030.

Indeed, a report by the Organisation for Economic Co-operation and Development, published on November 9 predicts the divergent long-term growth patterns will lead to radical shifts in the relative size of economies, with the balance of economic power expected to shift dramatically over the next half century as the faster growing emerging-market economies account for an ever-increasing share of global output. "There's been a changing face of traffic patterns since the crisis," says Jewsbury, "We're seeing heavy trade between Asia, Africa and South America, many more 'cross flows', and that's driving an increasingly amount of our growth."

Emirates' expansion in CEE is certainly a vote of confidence in the region, but offers less hope for the region's struggling flag carriers.

Emirates' profits in the six months to September 30 may have soared 68% on year and taken its cash pile to $4.1bn, but it has no intention of using any of that to rescue any of the region's struggling airlines. Czech Airlines (CSA), LOT Polish Airlines, Serbia's JAT Airways, Romania's Tarom, Latvia's airBaltic and others are all trying to avoid a similar fate to Hungary's Malev, which collapsed earlier this year. "The short answer is that in my view, for the foreseeable future, I don't think you will see us doing any M&A because we have to focus all our efforts on our organic growth, whether that be new routes or aircraft upgrades, and that takes all our time and energy," says Jewsbury.

This view appears to be shared by other global airlines. In June, Turkish Airlines halted its interest in LOT, while Emirates' close competitor Etihad in neighbouring Abu Dabi appears to be in no rush to take up Serbia's offer to take control of JAT.

CSA, which the Czech government said on November 9 it was going to make another stab at selling, looks equally forlorn, with the CEO of Cesky Aeroholding, the parent of CSA, saying bluntly on television in November that the risk of not being able to find a strategic investor at the moment "is higher than 70". 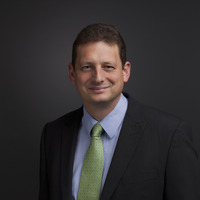