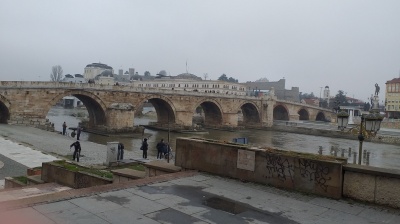 North Macedonia issued a new seven-year Eurobond worth €700mn on March 3, with a historically lowest interest rate of 1.625%, the finance ministry said on March 3. This is the eighth Eurobond issued by the country so far.

The funds from the new issue will be used to refinance the third Eurobond issued in 2014 worth €500mn, while the net withdrawal of €200mn will be used for financing the budget gap.

"The extremely favourable interest rate, despite the coronacrisis, is a result of the prudent macroeconomic policies and the preserved credit rating of the country," the finance ministry said.

Over 130 investors were interested in the new North Macedonia's Eurobond with the demand reaching over €1.6bn.

The issue attracted  demand of over €3.5bn from over 200 funds, insurance companies and banks, primarily from Europe and America.

The following day, Croatia placed two Eurobonds on the international markets.  Zagreb sold a 20-year Eurobond worth €1bn that carries an annual coupon of 1.75% and yield of 1.788%, maturing in 2041, the finance ministry said. The government also placed a €1bn 12-year Eurobond issue carrying a 1.125% annual coupon and a yield of 1.257%. The bond matures in 2033. The demand was high at €6.4bn for the two tranches.