Mongolia scraps $3bn IPO for shares in flagship coal mine 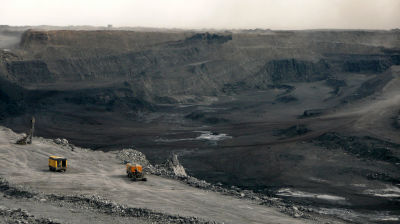 The Gobi Desert mine boasts billions of tonnes of high-grade coking coal as well as thermal coal. Output is trucked to China but there are plans to build a railway.
By bne IntelIiNews April 29, 2020

Mongolia has scrapped plans to sell up to $3bn of shares in the country's flagship coal mine in a Hong Kong initial public offering (IPO).

Statements from officials previously indicated that the long-planned offering for around 30% of Erdenes Tavan Tolgoi in the Gobi Desert would take place before legislative elections scheduled for late June. But a combination of political campaign considerations and the disruption on international financial markets caused by the coronavirus (COVID-19) pandemic appear to have caused the shelving of the plan.

The coronavirus turmoil has led to the cancellation of a string of planned Hong Kong stock market IPOs. At the same time, the intended Tavan Tolgoi listing—which was also to involve share sales on the London Stock Exchange and the Mongolian Stock Exchange—seems to have been partly derailed by the heated pre-election political environment in Mongolia. Mongolians are often suspicious of potential corruption or exploitation of the country's resources when it comes to foreign interests buying into their country’s natural assets. Such concerns have continuously put a brake on Tavan Tolgoi's development.

In explaining the IPO decision, the Mongolian cabinet has pointed to turbulence caused by a legal challenge from a Tavan Tolgoi miners' union. It is unhappy with a capital restructuring conducted in preparation for the stock sale, saying it should have meant a full shareholder vote, not just approval from the government, which owns 85% of the mine.

"There has been no information or solutions to questions raised about the restructuring," Dorjdari Namkhaijantsan, country manager for the international advocacy group Natural Resource Governance Institute, was quoted as saying by Nikkei Asian Review on April 28.

Mongolia is export-dependent and, given the economic hit China and other economies worldwide will take from the ramifications of the COVID-19 emergency, Fitch Ratings last week anticipated that Mongolian economic growth would be flat this year. It pointed to weakening demand and prices for Mongolia’s coal, copper and gold.

Eight years ago, 2.5mn Mongolians received free shares in the mine amounting to 15% of its stock. Next month they should receive their first dividends of between MNT67,500 and MNT96,480 per shareholder.

Proceeds of the IPO were to help finance the building of a railway to carry Tavan Tolgoi's coal south to China and the building of a power plant to support the giant Oyu Tolgoi copper and gold underground and open mine in the Gobi Desert run by Rio Tinto.

Government officials now contend that Tavan Tolgoi is in a position to finance the railway construction from its profits. The first phase of the railway project will be completed next year if all goes to plan. Coal from the mine is presently trucked into China.

Meanwhile, Oyu Tolgoi and the government failed to meet an April 14 deadline to find agreement on the power plant plan. They are now mulling alternative electricity supplies, according to a statement by Rio Tinto affiliate Turquoise Hill Resources.

Companies have raised about $2.3bn in Hong Kong through IPOs so far this year, a 43% drop from the same period in 2019, according to data compiled by Bloomberg. Chinese biotech firm Akeso Inc. raised $333mn in the territory’s biggest listing in 2020 to date.

Bank of America, Credit Suisse and Nomura were advising the government on the IPO.

The planned sale of shares in Hong Kong was set to be the third attempt to raise money to develop Erdenes Tavan Tolgoi following the failure of international partnerships in 2011 and 2015.