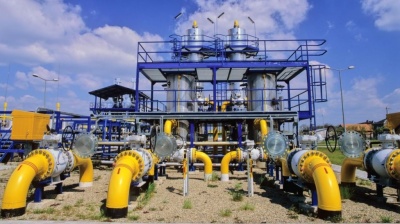 Singapore-based Keppel Infrastructure completed the acquisition of a 20% stake in MET Group, an integrated European energy company based in Switzerland but with roots in Hungary, for €53mn, it was announced on January 16.

The partnership with Keppel Infrastructure is the next step to exploring joint energy infrastructure investment projects in Europe, MET Group said.

Additionally, it said the companies will "enter into a strategic partnership to jointly explore investment opportunities focusing on European energy infrastructure assets".

MET Group will remain a management-controlled company although Keppel Infrastructure will have representation on the company's board of directors.

Headquartered in Switzerland, MET Group started operating in Hungary in 2007 but is now represented in 15 European countries. It is an integrated European energy company active in natural gas, power, and oil markets

Last May, CEO Benjamin Lakatos bought out his partners in the company to become majority owner, increasing his stake from 24.7% The majority of MET had been owned by Hungarian oil and gas company MOL, with 40%, but two Hungarian businessmen held a 35.3% stake.

Lakatos told Reuters in an interview days after the deal was announced that the Keppel partnership would give MET Group the necessary capital requirements for more significant acquisitions.

MET Group would like to clinch two to five major deals in all segments of the European electricity and natural gas markets, excluding gas exploration and transmission systems, the CEO said.

MET will pay particular attention to liquefied natural gas (LNG) deals in Western Europe, especially in Italy and Spain where it already has a customer base, allowing it to cover the entire supply chain where possible, he added.

"Westlessness" dominates the discussion at the Munich Security Conference