ISTANBUL BLOG: Get ready for the official figures 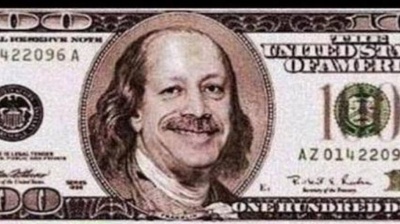 The money printers are so busy nowadays, you've got to allow them to have their percentage of fun.
By Akin Nazli in Belgrade February 9, 2021

The Turkish Statistical Institute (TUIK, or TurkStat) is expected to release official GDP growth figures for Turkey of 7-8% y/y for Q4 and 2.5% for 2020 as a whole, central bank governor Naci Agbal said on February 9 in a meeting with economists.

The central bank chief has recently been putting a lot of time aside for communication activities, relaying the message that interest rate cuts will not be on the agenda “for a long time this year”.

He has not, however, defined how long “a long time” actually is in his eyes and he has also been talking about rebuilding the national lender’s FX reserves and “signs” of de-dollarization.

Real sector representatives have also been queuing up to show their support for high interest rates.

It seems that the central bank will not come up with a surprise, at least as far as the next rate-setting meeting (February 18) is concerned, but, given the political-monetary melange Turkey has experienced in recent years, it would be a little bit naïve for those not marketing USD/TRY to show devout belief that the policy rate will remain unchanged at 17% after the deliberations of the June 17 meeting.

March 18, April 15 and May 6 are the other rate-setting meeting dates between now and then.

Meanwhile, the finance industry is racing to call an appreciation in the lira. The below-7.00s and 6.50s for the USD/TRY rate are blowing along in the speculation.

The pro-Erdogan administration Daily Sabah noted that Turkey and China are the only G-20 members that will report GDP growth for 2020.

China has already reported official GDP growth of 2.3% for last year, thus Turkey might be about to trumpet top place.

Those with a track record in releasing envy-inducing growth rates are not famous for sitting us all down for an expert recapitulation of the verifiable, reliable mechanics that underlie their tremendous figures. If the G-20 ran a contest for imagination, they’d win hands down.

On January 18, bne IntelliNews noted that “the Erdogan administration does indeed enjoy a positive surprise in the growth figures; perhaps we could be in for even more than 1.5%”. That observation came after Turkish President Recep Tayyip Erdogan said he “believes” Turkey’s official growth in 2020 surpassed the government’s 0.3% target. The official data forecasters subsequently hiked their GDP expansion estimates to 1-1.5%.

The TUIK will release Turkey’s official GDP figures for 2020 on March 1.