“Sex was not sanctioned,” said Mark Kurtser wryly. Once Moscow's chief gynaecologist, Kurtser went on to found MD Medical Group (MDMG), Russia’s largest private provider of women and children’s health care, which has been growing by leaps and bounds since it was listed on London’s stock market about three years ago, despite the sanctions imposed on Russia by the West.

Private healthcare has flourished in Russia in recent years, thanks to the rising birth rate and demand from the country's emerging middle class for better quality health care and more comfortable maternity care. MDMG has set up a chain of private hospitals that provide gynaecology and obstetrics services, which make up just over half of its income, as well as polyclinics that mostly focus on medical services for women and children. Initially launched in the ever-affluent capital of Moscow, the company is now expanding deep into Russia's regions.

The expansion is being fuelled by MDMG's listing on the London Stock Exchange in October 2012. Since Kurtser last talked to bne IntelliNews in an exclusive interview only a week before that listing, the company has grown from a group of nine medical institutions with a turnover of RUB2.9bn (€44mn) to one of 23 medical institutions with a turnover of RUB7.2bn in 2014. “We are expanding in three ways: we are building new hospitals, opening more polyclinics and through M&A,” Kurtser told bne IntelliNews on the sidelines of the St Petersburg International Economic Forum (SPIEF) in June.

The IPO was a success, with the company selling global depositary receipts (GDR) at $12 and raising about $311m for a 32% stake. MDMG now has about 60 investors, including the Russian Direct Investment Fund (RDIF), a sovereign wealth fund established by the Russian government to make equity investments in high-growth sectors of the economy.

The shares surged around 45% in the subsequent six months after the IPO, making Kurtser a billionaire in the process. But the shares have struggled since March 2013 and are now trading at over 50% down from their IPO price at around $5.5 per GDR.

But even with real incomes shrinking and the economy slowing, MDMG's bottom line has been largely unaffected. Though Kurtser says the rate of growth of the number of new patients has fallen somewhat, the number still grew by 30% in the first quarter of 2015 after posting 35% growth for all of 2014, and the company saw a 27% increase in revenues in ruble terms in 2014. “We offer a unique service for mother and child, which the average family needs only a few times in their life, so it is the very last thing they economise on,” says Kurtser. “Even if people's incomes are falling, they still want the same quality and comfort, and will still come. It helps that we have almost no competition.”

As if on cue, one of the delegates at the international business forum approached our café table, thrusting pictures of a small child at Kurtser; it turns out the lady had her baby at one of Kurtser's hospitals. She showered him in thanks as she squeezed his hand in gratitude.

MDMG was founded in 2003 and in 2006 opened its flagship $150mn private maternity hospital in Moscow, the first of its kind in Russia. With business flourishing, Kurtser did the obvious thing, which was to move into the leading regions where, if anything, demand for such health care is even higher. MDMG has built a second big hospital in Lapino, about 20km outside of Moscow, and another in oil-rich Bashkortostan, one of Russia's most successful regions in the Urals, which opened at the end of 2014. More are planned for other prospering regions such as Samara, Yekaterinburg, Novosibirsk and Nizhny Novgorod.

The group has also bought two private health groups – IDK in Samara, the region’s leading healthcare company, and Avicenna in Novosibirsk, the largest private healthcare company in Russia outside of Moscow and St Petersburg. Both came with their own chains of polyclinics. And MDMG continues to expand its own chain of polyclinics. “In Moscow we are planning to triple the area of our clinics in the Sokol district,” said Kurtser, referring to a leafy residential district in the city.

The company is about to pay dividends for the third time; MDMG has a policy of paying 20-25% of profits and has already paid out RUB300mn in July for 2014. “We have enough cash to fund our growth and low debt – 1x Ebitda – and can borrow more from banks if we need to,” Kurtser said. 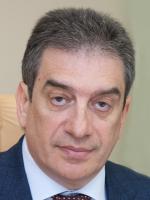