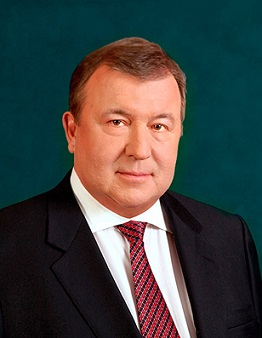 "We are back in the game and growing rapidly after we appointed a new management team two and a half years ago," says the ebullient chairman of International Investment Bank (IIB), Nikolay Kosov.

IIB is a little piece of Soviet history that’s alive and well in modern Europe. Set up in the 1970s, the bank was supposed to be the development bank of the Comecon countries. Its goal was to encourage and finance cross-border investment that would bind the economies of the Communist world together more tightly.

This legacy is apparent in today’s shareholder structure: there are five Emerging European states that are now EU members (Bulgaria, Czech Republic, Romania, Slovakia and Hungary, whose request to rejoin IIB was approved by the IIB Council in November and Budapest is now in the process of finalizing the necessary procedures); Russia, which is the largest single shareholder; there are two Asian countries (Vietnam and Mongolia); as well as Cuba, the only international financial institution (IFI) that the Caribbean state is a member of.

Headquartered in Moscow in one of the three towering bank blocks on Masha Poryvaevoy Street, the former home of the Soviet-era Gosbank, it's tempting to think of IIB as a Russian bank. However, the voting system in the Council, IIB’s highest governing body, is “one country one vote”, with the five EU members holding the majority of votes. All decisions require at least a three-quarters majority of votes, while some require a unanimous vote. That means Russia is in the minority, despite being the largest contributor to the paid-up capital. After the EU and US imposed financial sanctions on Russia last year there was a decision in Europe in July to explicitly exclude IIB from the sanctions regime, recognising it as an IFI operating independently from the Russian government. "IIB is one of the world’s older development banks and is a normal IFI enjoying the privileges that come with international inter-government agreements. We are not subject to a national regime or answerable to any central bank, and we are accredited with the UN as an international organisation," says Kosov.

The bank is medium-sized by international standards, with authorised capital of €1.3bn and paid-in capital of €272.6mn. Russia has a 55% stake in the paid-in capital, however when the process of Hungary joining is complete and Budapest makes its contribution to IIB’s capital, Russia's share in the bank will fall to 51.2% and later below 50%. Eventually, the plan is to reduce Russia's share to the 40% it held when the bank was first set up.

While the shareholder structure of the bank is uneven (Mongolia owns just 0.5%), the bank is run by the board of governors, where each country has a seat and enjoys one vote. As part of the reforms underway, the voting system will be changed to reflect the shareholder structure, but even then decisions will have to be made by a super majority, so Russia cannot force the bank to take any particular action.

Following the collapse of the Soviet Union, the bank foundered for a decade, unclear of its role in this new world. In the noughties IIB began to recover, but was mismanaged. When Kosov took over two years ago, he found that 80% of the loan portfolio was bad. "2012 marked a new beginning and the bank adopted a new strategy in June of that year. Internally, the team was significantly renewed with more than 60% of staff having joined us since then," says Kosov. "We have also put in place a new risk management system that has been accepted by the rating agencies as corresponding to the best international practices.”

IIB’s member countries are an odd mix, but Kosov claims this works to the bank’s advantage. The bank doesn't have the same level of resources of some of its peers, so has focused on providing small and medium-sized enterprise (SME) support to financial institutions in its member countries, which now makes up 65% of the bank’s loan portfolio. "It has been a very popular programme," says Kosov.

The bank has lent some €7bn since its establishment, the vast majority before 1990, but it now has aggressive expansion plans. Over the last two years the bank signed loans totaling around €320mn and aims to achieve €1bn in assets by 2017. Its current assets represent €611.5mn.

More recently, IIB has begun to offer trade finance facilities at the request of its members and is even planning to launch a private equity facility, working in cooperation with the Slovak Investment Holding Company and the Slovak Guarantee and Development Bank to form a private equity fund for growth companies. "Russian banks were playing a large role in trade finance in the region, but that has partially collapsed due to the sanctions. Our EU members asked us to try and fill the hole as of November last year," says Kosov. "As the cost of capital is still relatively high, we cannot always compete with banks in some of the EU countries and so we are exploring the idea of private equity investments as a way of financing projects in these countries."

SME support is widespread amongst the IFIs, but the peculiarities of its market mean that IIB has some natural advantages. For example, in 2007 the Czech Republic became the first of the European transition economies that the European Bank for Reconstruction and Development (EBRD) was set up to help to opt out of its funding, but the country still feels the need to participate in IIB's SME finance programme. "Smaller projects always need financing," says Kosov.

Another example is where the Asian Development Bank (ADB) is willing to lend to a country, but has exceeded its limit for that country in that year. As such, the development bank can lend to IIB, which will on-lend to the market. In other cases it might be cheaper and simpler just to lend to IIB, which enjoys many special privileges in its member states as well as being closer to its partner banks and governments.

And the business works in the other direction: IIB has already participated in five syndications organised by other IFIs, including the World Bank’s IFC, the Dutch trade export promotion agency and the EBRD to invest money in a variety of projects.

Although IIB is not strictly a Russian bank, it has been tarred by Russia's problems. The bank was toying with the idea of issuing Eurobonds on the London market, but as the political situation deteriorated it has put those plans on ice for the meantime. "[A British Eurobond] would've been too complicated at this moment. We would have had to spend too much time explaining our shareholder structure etc.," says Kosov.

In April 2014 the bank made its historically first bond placement – RUB2bn on MOEX in Russia – followed by a local bond placement in Slovakia on the Bratislava Stock Exchange (€30mn) in October 2014 and another issue on the Russian market worth RUB4bn in December 2014. "Now we are closing a bond issue in Bulgaria in the spring and hope to follow up with another in Romania," says Kosov.

Given the bank's limited capital, Kosov says it wants to continue issuing bonds on local markets to fund its business in the member states. This comes with the additional benefit of helping the local capital markets to develop as well as attracting new foreign investors to these markets, which are willing to buy the bank's well-rated bonds. "The money we raise in a country we leave in the country," says Kosov. "And in the case of the Slovak bond we attracted investors from the Czech Republic as well as from Bulgaria and Russia, with other new faces to that market, such as from the UK, showing interest."

IIB has carved out a nice regional niche for itself, and now it has become more active its profile is rising. However, given its legacy there are some obvious lacunae in its membership list – a problem that the bank hopes to rectify. Other countries like Ukraine, Poland and Belarus are obvious candidates for membership, and Kosov says that talks with these countries has begun, but admits they will go slowly given the political tensions in the region.