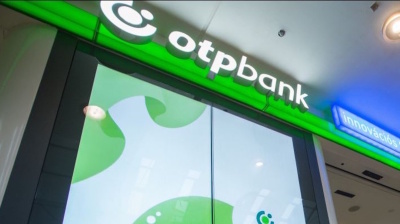 OTP booked a total HUF73bn risk cost for the quarter, more than in 2021 in total, up 143% from the previous quarter and rising from HUF8.5bn in the base period.

The bank also accounted HUF56.3bn of goodwill impairment at its Russian unit during the quarter, amid sovereign downgrades and exchange rate volatility because of the war in Ukraine. It accounted an impairment of HUF34.5bn on Russian government bonds held by its core business in Hungary and its Bulgarian unit, DSK Bank.

The bank’s exposure to Russian government bonds, maturing in 2025 and 2027, is HUF100bn at a nominal value.

Chairman-CEO Sandor Csanyi said earlier at the AGM, that OTP is under pressure from Ukrainian authorities to sell its Russian unit.

In Hungary, the bank released provisions as it posted HUF94bn in profit, more than double than in the previous quarter. Dividend payments to OTP from subsidiaries (domestic and foreign) came to HUF105bn.

Management warned there might be an additional need for provisioning in the rest of 2022.

The Russian unit is expected to deliver positive earnings for the rest of 2022. The lender acknowledged "a high level of uncertainty" concerning expectations for the development of the operating environment in Ukraine. Q1 provisions were in line with the management's assumption for a 30% decline in GDP in 2022 and a rebound on a similar scale in 2023.

OTP added that under the "extremely negative scenario" involving the deconsolidation of both businesses and writedowns of gross intragroup funding, the impact on the group level CET1 ratio would be neutral in the case of Ukraine but reduce the ratio by 30bp in the case of Russia.

OTP's consolidated CET1 ratio stood at 16.2% at the end of March.

The consolidated net interest margin declined 26pp on a quarterly basis to 3.43% and 19pp annually.  The retail loan portfolio in Hungary amounts to HUF3 trillion,  most of which is fixed and there is a rate cap until July 1 for variable interest rate loans. OTP sits on HUF3.7 trillion of Hungarian government bonds, which pay on average a 2.9% interest rate, compared to the central bank one-week deposits of 6.45%

The consolidated net loan-to-deposit ratio declined by 1pp q/q and y/y to 74%.

The gross stock of client loans climbed 15% to HUF17 trillion and that of deposits by 17% to HUF21.84 trillion.

Excluding the businesses in Russia and Ukraine, OTP's management offered guidance for organic loan volume growth of "close to 10%" for the full year and adjusted ROE "similar" to the 18% level in 2021.

Net interest margin may stabilise and the credit risk cost ratio could be around the 2021 level, if the macroeconomic outlook doesn't deteriorate significantly, management said.