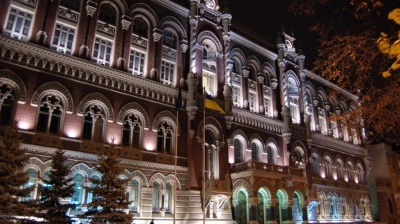 IMF managing director Kristalina Georgieva placed a call with Ukrainian President Volodymyr Zelenskiy on July 14 to discuss her "concerns about the pressures being put on the National Bank of Ukraine (NBU)”.

Commenting on the call, the President’s Office said in a statement that Zelenskiy assured Georgieva of “Ukraine’s firm intention to continue cooperation with the IMF”. Zelensky also discussed the process of selecting a new NBU governor, assuring her that the new head will be “an independent technocrat who will continue the independent policy of the NBU”. He said he will submit to parliament a candidate for NBU governor by the end of this week.

In early July, Zelenskiy and parliament accepted the resignation of NBU head Yakiv Smoliy, who attributed his decision to resign to political pressure on the NBU.

"It’s hard to predict whom Zelenskiy will nominate on Friday, but it’s apparent that the likelihood of an “independent technocrat” leading the NBU is not high," Alexander Paraschiy, an analyst at the Kyiv-based Concorde Capital brokerage, said in a research note.

"First, an independent figure won't have enough votes in parliament, where special interests dominate," he went on to say. "Second, such an appointment does not correspond to the logic of events: why would they have let “independent” Smoliy go just to appoint another “independent” person instead?"

According to Paraschiy, this situation is very similar to when Zelenskiy had to approve the banking resolution bill, the so-called anti-Kolomoisky law.

"Zelenskiy will satisfy the demands of his main political sponsor most of the time, unless it interferes with the nation's survival as the bill was needed for the new IMF loan," he concluded. "In this case, Zelenskiy should come to the conclusion that an independent NBU head is necessary for Ukraine's economic survival."