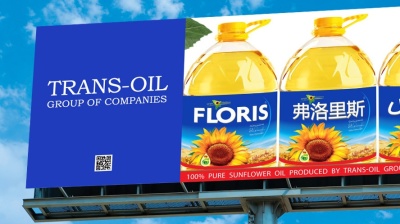 The funds will be used for development and technical modernisation of the plant that has a strong export potential, as well as for financing its operating needs, including acquisition of raw materials, IIB said in a press release.

“IIB funds combined with a considerable experience of Trans-Oil Group are intended to bring the plant back to full-scale operational cycle, providing a positive impact on the economic situation in the region and giving a new impetus to further active growth of the Romanian economy,” the bank said.

“The implementation of this project is fully consistent with the IIB mission as an international development institution, since it contributes to attraction of foreign investment in one of the member states, provides support to the strategically important Romanian agricultural sector, stimulates growth of national export potential and, due to creation of new jobs, has a high social effect.”

IIB was founded in 1970 to foster economic cooperation between the COMECOM countries. Today it is a multinational development bank that includes Bulgaria, Cuba, Czech Republic, Hungary, Mongolia, Romania, Russia, Slovakia, and Vietnam amongst its members.

Romania is one of the most active IIB member states; it has the fifth largest share in the Bank’s paid-in capital (7.92%), and the volume of Romanian projects in the loan and investment portfolio is steadily growing and now stands at 11%, approaching €100mn. The Bank has already provided investment support to various important projects for the Romanian economy in such key sectors as infrastructure, industry, agriculture, retail and logistics.

"There are currently four more deals totaling about €40mn in the IIB pipeline, which include investments in the modernisation of production infrastructure and support of the SME sector in Romania," IIB said.

Violent clashes with police at thousands-strong anti-lockdown protest in Belgrade
5 hours ago
Belarus presidential election to have no outside observers, opposition may united by a single candidate
13 hours ago
US intelligence memo admits there is “no evidence” of Russian payment of bounties to Afghans for killing US soldiers
18 hours ago
The bubonic plague has swapped its rats for marmots in Mongolia where two cases reported
22 hours ago
Romania’s Blue Air goes from flying high to seeking debt restructuring
23 hours ago