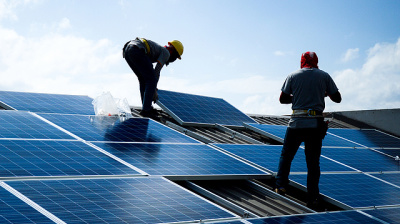 Hungary's utility-scale solar power capacity reached 1.1GW at the end of June, up from 726MW at the end of 2018, the latest data from the Hungarian Energy and Public Utility Regulatory Agency (MEKH) show.

The combined capacity of solar panels installed on homes rose to 388.5MW from 332MW during the same period, MEKH said.

The energy office noted it has issued resolutions subsidising the addition of a further 1.4GW of solar power capacity, which will be installed in the coming years.

Electricity generated from renewable energy sources and waste is promoted through feed-in tariffs if the plant’s capacity is between 50kW and 0.5MW or in case of a demonstration project.

Hungary will increase its solar power capacity ten times by 2030 and will stop producing energy from coal while expanding the production of nuclear power plants. Thanks to the combined effect of these three measures, 90% of Hungary’s electricity production will be carbon-free by 2030, and not by 2050, he added.

At the current pace of growth, Hungary’s solar power capacities will rise from 700Mw last year to more than 3,000Mw by 2030.

Europe Beyond Coal, an alliance of civil society groups working to make Europe coal-free, said: "Discussions around a coal phase-out has been underway for some time in Hungary. While this news is welcome, Hungary can and should target a more ambitious 2025 phase-out date."

Hungary's largest coal-fired power plant is Matrai Eromu, which is the second-largest electricity generator after the Paks nuclear facility. The power plant is owned by a subsidiary of Opus, a stock-listed firm in the hands of Lorinc Meszaros.