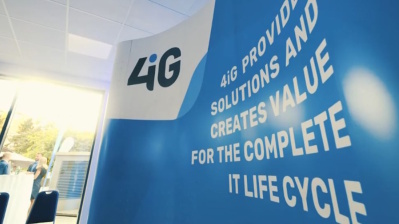 4iG surged from obscurity to the leading ITC in Hungary in a matter of years through lucrative state orders.
By bne IntelliNews August 26, 2021

Hungarian IT company 4iG has signed a preliminary agreement with the Minister for the Management of National Assets on gaining a majority stake in state-owned telecom infrastructure company Antenna Hungaria (AH) through a capital increase, the BSE-listed company announced on August 25.

The strategic partnership agreement could create one of the leading telecommunications holding companies in the CEE region.

4iG will transfer the telecommunications assets in its portfolio to Antenna Hungaria, giving it control of the company following the finalisation of the preliminary agreements and the due diligence and asset valuation of AH to be concluded by mid-October.

4iG surged from obscurity to the leading ITC in Hungary in a matter of years  through lucrative state orders, a perfect example of how the new business elite loyal to Orban has strengthened its grip in major sectors of the economy.

Hungary's most powerful oligarch and Orban's friend Lorinc Meszaros acquired the majority stake in the company in 2018 through his flagship holding company Opus Global, which has a vast business portfolio from tourism, agriculture, industrials to energy. Meszaros sold the majority stake to his business partner, Gellert Jaszai, who was head of Konzum, a company that later merged with Opus.

Jaszai set out the goal for 4iG to become a major player in the ICT market in the CEE region and began a streak of acquisitions.

In June, the company entered into a preliminary agreement to acquire 51% of the shares of SpaceCom, a leading Israeli fixed-satellite operator and satellite service provider. In the same month, it completed the acquisition of the 75% stake in Hungaro DigiTel (HDT), one of the region's leading satellite telecoms operators.

4iG reached a preliminary agreement with the Romanian consortium RCS & RDS to acquire the Hungarian interests of the Digi Group in March. The deal would catapult the company to among the top service providers as Digi is runner-up in the cable TV, fixed-line telephony and internet market. The price tag of the deal is around HUF100bn (€285mn).

4iG said the purpose of the transaction is for the parties to "establish a strategic telecommunications and telecommunications infrastructure service company, which, in addition to competitive market services, gives due sufficient emphasis to national interests within the industry".

Antenna Hungaria has been a major player in the Hungarian telecommunications sector for decades. The company is the exclusive provider of national digital terrestrial television and analogue radio broadcasting in Hungary. The company owns 25% of the country’s second-largest mobile carrier Telenor after acquiring shares from Czechia’s PPF.

Following regulatory approval, it will take a 100% stake in MVM NET, which owns and operates the government telecommunications infrastructure.

The state-owned company is also active in event management, broadcasting, telecommunications, satellite communications and IT services related to telecommunications. AH has a substantial infrastructure of its own. It had revenues of HUF42bn in 2020 and a net profit after tax of HUF1.5bn last year.

Chairman-CEO Zsolt Sarecz said the consolidation could create a player that is "capable of competing with foreign and multinational companies on the domestic and regional telecommunications market".