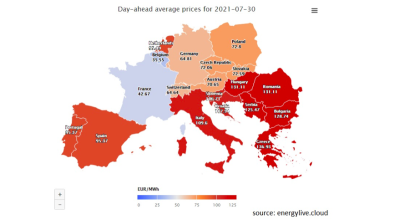 Russia’s PPI inflation up 1.5% to 28.6% in August
14 hours ago
Montenegro’s economy posts strong 19% y/y growth in 2Q21, higher than EU average
2 days ago
Russia’s Duma elections statistics: the comet effect and the Moscow blob
3 days ago
Romania and Latvia's car ownership rates among lowest in Europe
3 days ago
Bank lending in Romania gradually returns to retail-driven pre-crisis pattern
3 days ago