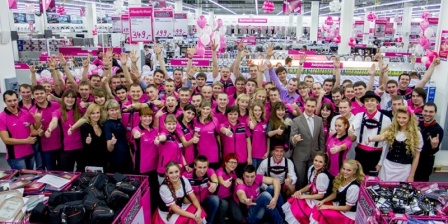 German business investments into Russia topped €3bn in 2018, the highest level in a decade, although the number of German firms operating in Russia has fallen from over 6,000 to circa 4,500 in the same period / wiki
By bne IntelliNews April 15, 2019

Investments by German business into Russia reached their highest level in the last decade, topping €3bn, although the number of German firms operating in Russia has fallen from over 6,000 to circa 4,500 in the same period, according to the website of the Russian-German Chamber of Commerce (ECP).

German companies' investments into the Russian economy reached a record level since the 2008 financial crisis, an ECP press release reads.

The Bundesbank estimated German businesses' direct investment in Russia in 2018 at more than €1bn. "This figure amounted to €3.2bn, not €2.1bn, as reported in the preliminary results," states the report.

German businesses have been the most active investors into Russia since the fall of the Soviet Union, catalysed at first by former German chancellor Gerhard Schroeder, who was a big fan of Russia and has since remained close friends with Russian President Vladimir Putin and now works for Gazprom.

Since Angela Merkel took over as German Chancellor, relations have cooled somewhat – especially following Russia’s annexation of the Crimea in 2014 – but even Merkel is well aware of the importance of the Russian market to German business.

Most of Germany’s leading retail chains have set up in Russia, but in the last three five years some have started to withdraw, put off by stagnant real income growth and the cooling relations between Berlin and Moscow. The largest exit was the white goods retailer Media Markt’s decision to sell out to local rival M.Video, which has created the largest consumer electronics chain in Europe in a series of mergers.

Russia had also become increasingly attractive to Germany’s Mittelstand companies – firms with less than 40 employees and only a few million at best in revenues – that looked to Russia to expand. But as the environment became more toxic these firms have also been exiting.

According to the German regulator, net direct investments of German companies in Russia in 2017 amounted to more than €1.6bn.

First official results from Bosnian elections put nationalists ahead after exit polls predicted losses
11 hours ago
Georgian MPs want to rid the country of oligarchs, but not all of them
12 hours ago
Hungary agrees on deferred payments with Gazprom for winter gas deliveries
12 hours ago
US sanctions Russia’s CBR head Nabiullina and other officials
12 hours ago
Russia prepares for new attacks against Ukraine from Belarusian territory
12 hours ago