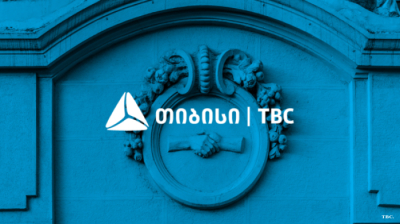 TBC says the expansion into Uzbekistan is the beginning of a new chapter in its history.
By bne IntelIiNews April 21, 2020

LSE-listed TBC Bank Group on April 21 confirmed that its subsidiary TBC Bank has been granted a banking licence by Uzbekistan and added that the unit intends to launch banking operations in the Central Asian country in June.

TBC, a FTSE 250 company and one of Georgia’s two major bank groups, said in a press release: “TBC PLC’s strategy is to establish a greenfield, next-generation banking ecosystem for retail and MSME customers in Uzbekistan with a primary focus on digital and partnership-driven channels. Given the current operating environment and impact from Covid-19, we have further optimised our business model with the enhanced emphasis on asset-light and cost-efficient operations.”

In February, TBC CFO Giorgi Shagidze told bne IntelliNews in an interview: “Retail and MSME banking penetration in Uzbekistan is quite low, so we will be targeting those segments. We will not be targeting corporates as customers or wealth management clients. We will be leveraging our digital capabilities.”

In its latest announcement on its Uzbekistan project, TBC said that the range of products it will offer in the country at launch will include current and savings accounts; cash loans, salary-backed loans and car loans; and cards, mobile application and transactional capabilities including (but not limited to) P2P transactions, money transfers and utility payments.

“In addition, the Bank will also run the point-of-sale consumer finance operation. TBC PLC’s Uzbek payments subsidiary, Payme, which already reached 2 million registered customers by March 2020, will continue to operate separately from the Bank but the two entities will co-operate closely,” it added

The bank in Uzbekistan will be headed by CEO Sandro Rtveladze, who previously held the role of group head of retail banking at Bayport Financial Services and prior to that was deputy CEO at Liberty Bank in Georgia.

TBC added: “TBC PLC has already invested USD 12.6 million into the charter capital of the Bank and expects to invest an additional USD 9.4 million by the end of 2020. An additional capital increase is planned for later this year. Potential new shareholders, including the European Bank for Reconstruction and Development [EBRD], the International Finance Corporation [IFC] and the Uzbek-Oman Investment Company, have expressed their interest to participate subject to their internal approvals. TBC PLC will remain the majority shareholder with 51% interest.”

Vakhtang Butskhrikidze, CEO of TBC PLC, commented: "I am delighted that we have obtained the licence to start our banking operations in Uzbekistan. I would also like to thank the Uzbek authorities for their support and cooperation. This is the beginning of a new chapter in our group’s history and opens up significant new opportunities for our future development in the region. We are excited to embark on this new journey and, over time, deliver good results for the benefit of all our stakeholders.”

Rtveladze said: “I am extremely pleased to join TBC’s highly experienced team in Uzbekistan and also express my gratitude for all the support we have received from the Central Bank of Uzbekistan to enable the launch of our operations within the planned timeline. Our asset-light and relatively low-cost base business model, as well as our long-term commitment to Uzbekistan sets us on the right path to achieve our aspirations.”

With a population of 33mn, Uzbekistan is the most populous and fastest growing country in Central Asia, with a low but growing penetration of banking products. Its retail loans to GDP ratio was only 6.0% at the end of 2018.

The vast majority of Uzbekistan’s banking system (86%) still belongs to the state. The country’s large state-owned banks generally tend to provide loans and other services exclusively to specific state-owned enterprises to which they are intrinsically tied to. At the same time, corporate deposits, mainly from state-owned and government-tied enterprises, account for the lion’s share of deposits.

Violent clashes with police at thousands-strong anti-lockdown protest in Belgrade
9 hours ago
Belarus presidential election to have no outside observers, opposition may united by a single candidate
17 hours ago
US intelligence memo admits there is “no evidence” of Russian payment of bounties to Afghans for killing US soldiers
22 hours ago
The bubonic plague has swapped its rats for marmots in Mongolia where two cases reported
1 day ago
Romania’s Blue Air goes from flying high to seeking debt restructuring
1 day ago