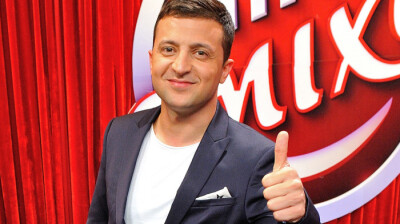 President Volodymyr Zelenskiy’s political ratings have fallen consistently since he took the almost impossible job as president, but he has finally received some relief as the polls have ticked up in the last months since he launched an attack on the oligarchs.
By FPRI BMB Ukraine March 18, 2021

President Volodymyr Zelenskiy’s political ratings are on the rise, according to the latest public opinion surveys. On Wednesday, the Kyiv International Institute of Sociology (KIIS) reported that 45% of Ukrainians trust Zelenskiy, compared with 39.5% earlier this month.

The Razumkov Center noted a similar uptick in Zelenskiy’s ratings as of mid-March, with 31% of respondents saying they trust the president, up from 26.5% back in February. According to Razumkov’s latest poll, 27% of decided voters would cast their ballot for Zelenskiy in a hypothetical presidential election – a 4% increase compared with last month’s survey data.

On the other hand, the Rating Group has reported only a slight increase in electoral support for Zelenskiy: 22.5% of decided voters would vote for him as of early March, compared with 21.2% in early February.

In a blog post for Ukrainska Pravda, political analyst Vladimir Fesenko attributed the jump in positive attitudes towards Zelenskiy to the recent sanctions against pro-Kremlin oligarch Viktor Medvedchuk (for backstory, check out BMB’s February 26 issue). This conclusion was echoed by commentator Roman Shraik, who wrote on Telegram that the sanctions “obviously” benefit Zelenskiy’s ratings.

Notably, the latest polling results underscore that Medvedchuk is a deeply distrusted figure in Ukraine. According to survey data from the Razumkov Center and the Rating Group, only 13-15% of Ukrainians trust him. 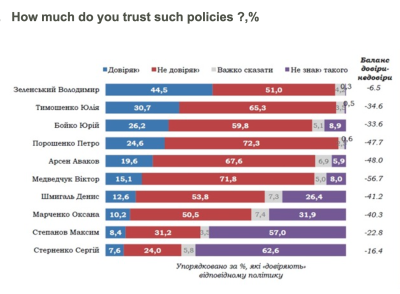 The Ryanair incident on 23 May was as much as a bellwether for the status quo in Belarus as it is a geopolitical catalyst. It has had four significant consequences.

THE VIEW FROM MITTELEUROPA: Surviving on life support – Belarus, sanctions and path-dependency
1 hour ago
COMMENT: Time to end Putin's impunity
3 days ago
COMMENT: CEE national recovery and resilience plans – the focus, the gaps and what comes next
4 days ago
MOSCOW BLOG: Primary rehearsal
7 days ago
ING: Hungary seems all set for a record year in 2021
7 days ago