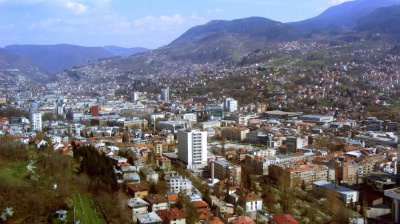 The FDI to GDP ratio may not be impressive by absolute standards, but the current account (CA) deficit is moderate as well: BAM802mn in 2021, actually smaller than the foreign direct investments.

By industry, most investments were directed in retail trade (BAM173mn), followed by the production of finished metal products (BAM114mn) and base metal production (BAM103mn).

Reinvested earnings had a lower share (54%) in the total flows compared to previous years, as a significant increase of investment in the form of ownership shares was recorded, while other capital decreased at the same time.

At the end of 2021, the stock of foreign direct investments to Bosnia amounted to BAM16.28bm.

By activities, the highest amount of foreign direct investments were recorded in financial services (BAM3.67bn ), followed by telecommunications (BAM1.75bn) and wholesale trade (BAM1.44bm).