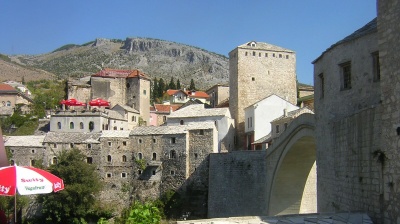 The European Court of Human Rights ruled on October 29 that Bosnia & Herzegovina must amend its legislation to allow local elections to be held in Mostar after an 11-year gap.

Mostar is the only municipality in Bosnia where no local elections have been held since 2008, amid a dispute between Bosniaks and Croats over the composition of the city council.

In 2012, the constitutional court declared the electoral statute of the city unconstitutional and ordered the election system to be changed. The decision was taken by the court due to complaints by Croats on the city council that the electoral system gave Bosniaks the same number of councillors even though Croats are the majority group in the city. Mostar's city council is currently elected from six voting units, each of them electing the same number of councillors regardless of the number of voters in the unit.

Irma Baralija, the head of the Mostar branch of political party Nasa Stranka, sued the state because it was impossible for her to run or vote in local elections and the court in Strasbourg ruled in her favour.

“Such a situation was incompatible with the rule of law. The Court could not therefore accept the Government’s justification for the prolonged delay in enforcing the ruling, namely the difficulties in establishing a long-term and effective power-sharing mechanism for the city council so as to maintain peace and to facilitate dialogue between the different ethnic groups in Mostar,” the court said in a statement.

It added that the state has failed to comply with its duty to take measures to protect Baralija from discriminatory treatment on the grounds of her place of residence and to hold democratic elections in Mostar.

Bosnia is obliged to amend its legislation within six months after the judgement becomes final in order to make it possible for Mostar residents to vote in local elections.