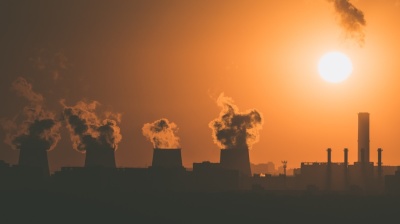 Air pollution is responsible for up to one in five premature deaths — or the deaths of almost 5,000 people — in 19 Western Balkan cities, finds a new study led by UN Environment.

On average, people lose up to 1.3 years of life to air pollution in the Western Balkans, where levels of particulate matter can be over five times higher than the World Health Organisation (WHO) guidelines.

"Air pollution is one of the most serious environmental risks with major socio-economic consequences for the entire Western Balkans region," says the preliminary report.

Particulate matter emissions can come from dust, soot and smoke, and in the region the main causes are thermal power plants that use low quality lignite coal and household heating. There are 15 active coal-fired power stations in the Western Balkans, and more are planned despite objections from environmental groups.

Kosovo is moving ahead with plans to build the new Kosova e Re plant, and together with US company ContourGlobal selected a tie-up of General Electric subsidiaries in May to build and maintain the 500 MW plant. Kosovo e Re will replace an ageing coal-fired power plant in the country that is one of Europe’s worst polluters, but environmental groups are campaigning for Pristina to drop plans for the new coal plant.

Meanwhile, Bosnia & Herzegovina, which has several new coal fired power plants under consideration, is embroiled in a dispute with the Energy Community over the guarantee issued for a Chinese loan for the construction of a new unit at Tuzla coal-fired plant. The new unit at Tuzla has also provoked numerous objections by environmentalists.

On top of the reliance on coal fired power plants, more than 60% of people living in the Western Balkans use solid fuels such as coal and firewood to heat their homes.

It also calls for measures to ban old polluting vehicles — many of the cars on the roads in the Western Balkans are older models imported from Western Europe though limits have been introduced recently — and look to clean transport alternatives, as well as introducing tougher regulations on industrial emitters and restrictions on coal thermal power stations.

The problem doesn’t stop at the Western Balkans. An earlier study by environmental NGO Health and Environment Alliance (HEAL) found that ageing coal-fired power plants in the region are a major source of air pollution the EU, with hundreds of deaths linked to air pollution emanating from the Western Balkans recorded in the worst affected EU members Romania and Italy.