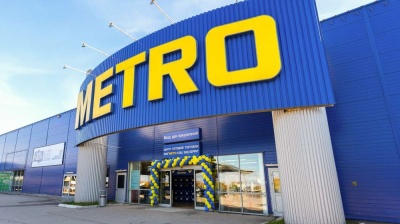 “We are very excited to become a strategic shareholder of Metro AG. Metro is a strong brand and established player that operates in a very dynamic market environment. We believe in the company’s potential and we now focus on whether we can have a positive impact on the company and are able to support its future development in the right way,” said Daniel Kretinsky.

The transaction is expected to take place on November 6. EPGC exercised a call option that gives the owner the right to acquire 44,950,974 of common shares of Metro AG from Haniel. The price of the transaction has not been revealed.

“In total, Daniel Kretinsky and Patrik Tkac currently hold circa 10.9% and have options to acquire in aggregate less than 30% or up to 31.5% in Metro shares,” the company noted.

Earlier in June, the two investors made a voluntary public takeover offer for CZK150bn (€5.9bn). However, the Metro’s board turned it down and recommended to its shareholders not to accept the unsolicited takeover offer.

EPGC was founded in April 2016 and is headquartered in Prague. Two subsidiaries, EP Global Commerce GmbH and EP Global Commerce II GmbH, were founded for the acquisition of the Metro shares formerly owned by Haniel and Ceconomy AG.

Southeast Europeans most likely in EU to believe corruption is getting worse
ING: So what is a greenium and how do we get to it?
Merger between Moneta Money Bank and Air Bank in trouble after proxy firms come out against