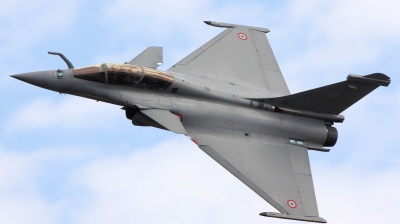 Ten of the Rafale jets to be acquired are single-seaters, while the remaining two are double-seaters.
By Denitsa Koseva in Sofia May 31, 2021

Croatia’s government has decided to purchase 12 used Rafale F3-R multirole combat aircraft from France for €999mn, it said in a statement on May 28.

In September 2020, Nato member Croatia received four offers to supply it with multi-role fighter aircraft, from France, Israel, Sweden and the US, in a second attempt to modernise its aircraft.

Of the four offers Croatia has received, two were for new aircraft and two for used aircraft. Croatian Army Chief of Staff Admiral Robert Hranj said that Sweden had offered Croatia a new Gripen C / D model and the US offered a new F-16 Block 70. France has offered used Rafale aircraft, and Israel used F-16s.

France's offer was more favourable than the other three bids, the Croatian government said in the statement. According to Prime Minister Andrej Plenkovic, it was preferred as France will supply the country with “the best rated and equipped plane” at the lowest cost.

Ten of the Rafale jets to be acquired are single-seaters, while the remaining two are double-seaters.

France should deliver the planes in the beginning of 2024 and the offer includes, apart from the planes, also simulators and the training of pilots who will stay in France for a couple of years. France has also offered a basic weapons package, ground and test equipment, spare parts, three-year technical support and a 12-month warranty.

According to Plenkovic, with the acquisition of the fighter jets Croatia will meet the goal of Nato member states to spend 2% of their GDP on strengthening their defence capacity.

Meanwhile, the lifespan of the Soviet-made MiG-21 aircraft currently operated by the Croatian Air Force will expire in 2024.

This is the second attempt by Croatia to modernise its aircraft. Previously, the country had a deal to buy 12 used F-16 fighters from Israel in 2018. At the time, the country agreed to pay €500mn for the jets. However, the administration of former President Donald Trump blocked the deal.

US officials allegedly were angered at the time that Israel upgraded the old F-16s with new and sophisticated Israeli-made electronic systems in order to persuade the Croatians to buy the jets from Israel and not from the US.

In January 2019, the government was forced to cancel the deal with Israel, as the US has insisted that Israel must uninstall all the upgrades added by its air force before selling them to Croatia. At the time, the Croatian opposition demanded the resignation of Defence Minister Damir Krsticevic. Krsticevic did not resign because of the failed deal but left the government in early 2020 following the death of two military pilots in aircraft incident.

Meanwhile, the US embassy in Zagreb backed the new deal with France. “Aircraft interoperability will make a strong Nato ally even stronger,” the US embassy to Croatia wrote on Twitter following the announcement on the acquisition. Croatia joined Nato in 2009.