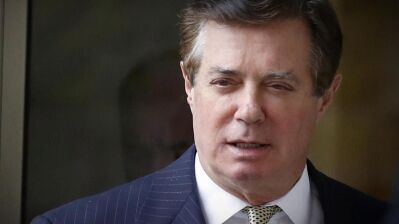 Paul Manafort, one-time adviser to former President Viktor Yanukovych and soon-to-be former President Donald Trump, recently received a full presidential pardon. What this means, in practice, is that as far as the United States is concerned, Manafort’s crimes never happened. Such is not the case in Ukraine.

In Manafort’s case, the Pardon means that the United States will now have to return all the property taken from Manafort, on the basis that the property, real estate, cash and other items, was acquired by Manafort using proceeds of a crime.

Much of that money came from Ukraine, and its citizens, in the form of payments made by Yanukovych as well as other acting on Yanukovych’s instructions. All of this money, money that the United States extracted from Manafort as part of his criminal settlement, will now have to be returned to Manafort, along with property confiscated from Manafort by the US Government. However, since Manafort’s crimes included income tax evasion, it is possible that the United States will assess an income tax bill, equal to the amount that Manafort has never paid, plus interest. However, that now becomes a civil matter, and no longer criminal.

Another beneficiary of a presidential pardon is Alex van der Zwann who, when working for the law firm of Skadden Arps, helped write the legal justification for the prosecution and imprisonment of Yulia Tymoshenko. Van der Zwann will get his law licence restored, and any fines he paid to the US government as part of his plea agreement for lying to the FBI must be returned to him. Van der Zwann is the son-in-law of Russian billionaire German Khan, co-founder of the Alfa Group.

Individuals like Manafort, van der Zwann, Hunter Biden, Rudy Giuliani, and many others like them, see Ukraine as not much more than a trough of money, ready for them to slop. If the Mueller Investigation accomplished one thing, it was to expose the activities of US individuals and professional service firms helping themselves to often illicit Ukrainian cash. Other than the GRU Officers and Michael Flynn, all of the indictments arising from the Muller Investigation were for people who were working for Ukrainians, almost all of whom were, or are, crooked.

With the Pardons of Manafort, van der Zwann and likely others prior to the end of President Trump’s Term, there is nothing more that Americans can legitimately tell Ukrainians on the need to end corruption in Ukraine. That may even apply to President-elect Joe Biden, who likely knew, or should have known, of his son Hunter’s activities on the Board of Burisma, possibly including attempts by Biden junior to convince the UK to un-freeze accounts belonging to Mykola Zlochevsky, Burisma’s chairman.

However, the US can continue to play a significant role in supporting the unquestioned desire of Ukrainians to rid their country of corruption by:

There are many extremely competent and brave Ukrainians who know what to do, to take down corruption in their Country, and they don’t need the United States to tell them to “do more.”

The days of the President and/or Vice-President of the United States coming to Ukraine and publicly haranguing Ukraine to “do more” to end corruption should be over. After all, there is enough to answer for in the United States.

ING: Russia balance of payments: supportive of ruble in the near-term, but risks for 2H21 mount.
3 days ago
ING: Growth in the Balkans: from zero to hero again?
9 days ago
FPRI BMB Ukraine: Most Ukrainians are optimistic about 2021 – poll
10 days ago
COMMENT: Record high debt levels will slow post-coronavirus recovery, threaten some countries' financial stability, says IIF
12 days ago
STOLYPIN: Scope for limited progress under Biden, so long as the past remains the past
18 days ago