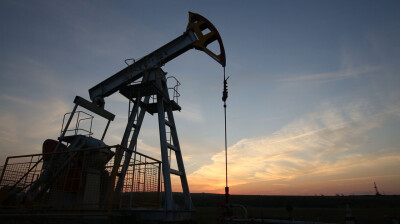 An argument has broken out between Russia and Saudi Arabia over the oil production cut deal as their interests diverge
By Guy Burton of Lancaster University March 7, 2021

At the meeting, the second and third-largest oil producers in the world, Saudi Arabia and Russia, represented the two possible directions available to the group. Russia wanted to see the supply of oil increased, while Saudi Arabia wanted to maintain current levels of production.

In the absence of a concrete decision on its future direction, Saudi Arabia committed to extending its 1mn barrel per day (bpd) production cut into April in order to advance its position. However, data from Kayrros and Kpler, leading French energy market analysts, suggests that they may not have been meeting their commitment. According to the data, for the first three weeks of February the number of exports and draw on stock was around 326,000 bpd, leaving Saudi Arabia 674,000 bpd short of its offer.

This time last year, OPEC+ agreed to cut production and limit supply. Then, countries were shutting their borders and imposing movement restrictions on their populations in order to prevent the spread of the virus. The measures had wider consequences: economic activity slowed down, leading to reduced demand for energy and a steep fall in oil prices from $64 per barrel at the start of 2020 to $9 per barrel in the second quarter of the year.

According to OPEC’s own study of secondary sources, the decision resulted in a cut in oil production by the 13 members. Between 2019 and 2020, the total number of barrels produced per day fell from 29.3mn to 25.6mn.

However, within those figures, the share of Saudi production rose. While Saudi output declined from 9.8mn to 9.2mn bpd, it constituted an increase of OPEC production from 33.3% to 35.8%. As of January 2021 – and before the Saudi offer to cut production further, which has only been partially met – Saudi share of OPEC output is 35.5%.

Last year’s decision to cut supply by OPEC+ meant that oil prices began to climb to $55 per barrel by the end of the year. At the same time, the rise in oil prices was also helped by global economic recovery and the development and rollout of vaccines. As more people are vaccinated, the threat of coronavirus (COVID-19) is reduced and there is a gradual return to normality. International organisations such as the International Monetary Fund (IMF) have become more optimistic about the future, revising their GDP estimates for 2021 and 2022 upward to 5.5% and 4.2% respectively.

Russia’s recommendation to boost production is important given the state of inventories, which are not currently full. Prices for product tankers have fallen from over $100,000 per day in May 2020 to around $10,000 now.

Increasing supply and filling storage would provide important security against future shocks and threats – many of them unanticipated. Examples of such risks would include the drone attack against the Abqaiq oil installation in Saudi Arabia in 2019, which knocked out 5% of global oil production, or the recent Texas snowstorm, which halted production of around 2mn bpd.

As the group continues to disagree over what direction to take, it is becoming increasingly clear that acceptance of the Russian position and rejection of Saudi Arabia’s may not only aid oil producers, but the global economy more generally too.

First, a return to greater production would help producers to sustain their recovery from the economic slowdown associated with COVID-19 by boosting their revenues. Rich and poor OPEC countries such as Nigeria, Angola, Kuwait, Oman and Iraq, have all faced a substantial loss in earnings. That will have a deep impact on their ability to finance public spending on health, education and other vital services.

Second, an increase in cash reserves will help those countries which are actively looking to reduce their dependence on oil. Among the countries involved in this effort include the Arab Gulf states, which have initiated economic diversification strategies and activities in recent years. In particular, they have targeted the development alternative and renewable energies as important sectors for greater development.

Third, the pursuit of alternative and renewable energies alongside rising oil prices is judged to be compatible with the drive to reduce carbon emissions. In its economic outlook last October, the IMF noted that the global economy could recover and grow and greenhouse gases (GHGs) be reduced if sufficient investment is put into green energy infrastructure. While the costs of doing so will vary – and be greater for oil producers than other countries – they will pay for themselves in terms of fewer risks to health or damage associated with climate change.

Guy Burton is an academic researcher with an interest in the international politics of the Middle East. He was based for two years at the Mohammed Bin Rashid School of Government in Dubai and is the Adjunct Professor, Vesalius College, Visiting Fellow, Sectarianism, Proxies and De-sectarianism Project at Lancaster University.