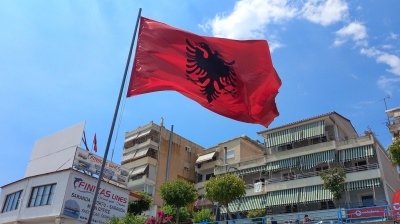 Albania’s opposition Democrats will probe an allegation the party received $500,000 from Russia, as part of hundreds of millions of dollars the US State Department said were directed by Moscow at foreign political parties and individuals.

Political parties in the Western Balkan countries of Albania, Bosnia & Herzegovina and Montenegro are believed to have been among those targeted by Russia, which according to the US State Department covertly channelled over $300mn to foreign political parties and individuals.

Russia has long been engaged in a struggle for influence in the Western Balkans mainly against the EU and US. While Russian influence has dwindled as all the countries in the region aspire to join the EU and several have already joined Nato, Russian efforts to prevent its westward movement have continued. Since the invasion of Ukraine in Febuary, there have been fears Russia could try to further destabilise the region.

A State Department cable, quoted by newswires and discussed at a briefing on September 13, alleges that Moscow covertly spent over $300mn in the last eight years to influence politicians and officials in over 20 countries.

While the cable does not name the countries, parties or individuals targeted, sources quoted by newswires say that parties from Albania, Bosnia and Montenegro were among them.

A source within the US administration quoted by AFP that Moscow had spent around $500,000 to support Albania’s Democratic Party in the 2017 general elections.

AFP also quoted the source as saying Russia had financially supported parties or candidates in Bosnia, Montenegro and Madagascar.

Another source quoted by AP also pointed to Russian influence in elections in Albania, Bosnia and Montenegro.

The spokesperson added: “we have been clear about our concern about Russia’s activity to influence the democratic process in various countries around the world, including our own. Our concern over Russia’s activity in this regard is not with any one country but global in nature as we continue to face challenges against democratic societies.”

An 'assault on sovereignty'

At a media briefing on September 13, US State Department spokesman Ned Price called Russian interference in foreign elections an "assault on sovereignty".

While he did not provide many further details, he outlined the reasons why the State Department released the information.

“[P]art of our charge not only is to do that assessment and to collect and to do that analysis, but then to expose what we know, because in order to fight this, in many ways we have to put a spotlight on it,” he told journalists.

“And so by exposing Russia’s strategies and Russia’s tactics publicly, but then also discussing these tactics and strategies privately in diplomatic channels, in intelligence channels, with partners around the world, sharing practices for how we can put an end to Russia’s meddling, that is also something that we’re going about.”

The centre-right Democratic Party’s current leader Sali Berisha — who has been sanctioned by the US for ‘significant corruption’ — accused the party’s former leader Lulzim Basha of being personally responsible for the alleged Russian funding in a Facebook post on September 14.

“[T]he Democratic Party declares that, after becoming aware of indications that spoke of a Russian financing, it has publicly denounced this personal act of Lulzim Basha … The Democratic Party will ask its forums to set up a working group to undertake a detailed audit under the direction of a Special Commission.

“We consider the financial intervention for malignant interests, which contradict the national interest of Albania and its Western orientation, to be a flagrant violation of the country's sovereignty, by an aggressor who is washing the friendly people of Ukraine in blood,” Berisha added.

In general, Albania is notable in the Western Balkans for the lack of Russian influence on domestic politics. Overall, along with neighbouring Kosovo, Albania is seen as the most pro-US and more broadly pro-Western country in the region. Unlike several of its neighbours it is not a Slavic or Orthodox nation, and relations with Russia are cool among politicians across the political spectrum (at least publicly).

The 2017 election — in which the state department source claimed to AFP that Russia had backed the Democrats —resulted in a heavy defeat for for the party at the hands of Prime Minister Edi Rama’s Socialists.

The vote was a critical one for Albania as its conduct was seen as a test for the country’s democratic credentials as it tried to get approval from EU countries for the start of accession talks. It followed threats by the opposition to boycott the vote, which were later resolved, paving the way for it to take part. As noted by the OSCE at the time the vote “took place in the context of a long-standing and deep political division between the [Socialist Party] of the ruling coalition and the opposition [Democratic Party]”.

Russian influence in Bosnia and Montenegro

Leading Bosnian Serb politicians have been threatening the secession of Republika Srpska, the county’s Serb entity, for years. More recently, Dodik has blocked efforts by Bosniak and Croat politicians to impose sanctions on Russia over the invasion of Ukraine. Infighting among Bosnian politicians has also stymied efforts to move closer to EU and Nato accession.

He has continued to pursue closer ties with Russia, and plans to meet Putin in Moscow later this month.

Montenegro was once dubbed ‘Moscow-on-Sea’ — not just because its coast was such a popular destination for Russian holidaymakers, but also because of the tiny country’s close relations with Russia. However, as the country under the former ruling Democratic Party of Socialists (DPS) moved steadily into the Western orbit, aspiring to join both the EU and Nato, relations with Moscow soured.

As Montenegro prepared to join Nato in 2017, Russia appeared to step up its efforts to prevent its accession by destabilising it internally. Russian agents were accused of being involved in the failed coup plot ahead of the October 2016 general election; leaders of the pro-Russian Democratic Front were also convicted in what became known as the ‘trial of the century’ but their sentences were overturned following a change of government in Podgorica.

Three months before Montenegro’s Nato accession, DPS leader Milo Djukanovic, now Montenegro’s president, claimed the plot was an attempt by Moscow to demonstrate to the West that Europe and Nato cannot expand without its consent.

Djukanovic’s DPS was ousted in the 2020 general election, and — following two government collapses since then — a broad coalition of small parties, of which the Democratic Front is the largest, is expected to form the next government.