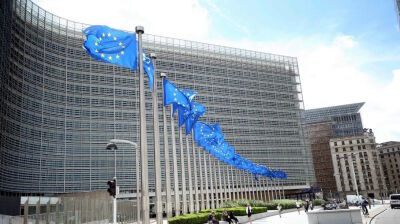 The EU-Western Balkans summit lasted more than three hours but ended without a joint statement or news conference.
By Valentina Dimitrievska in Skopje June 23, 2022

Western Balkan countries have once again been left out in the cold by the European Council, while at the same time Ukraine and Moldova were given fast-track admission to join them as candidate countries.

The EU-Western Balkans summit – which was held in Brussels on June 23 before the full European Council meeting – lasted more than three hours but ended without a joint statement or news conference.

West Balkan countries had been considering boycotting the meeting altogether but they eventually decided to participate, without much hope of a favourable result.

As expected, no progress was made. Longtime candidate countries North Macedonia and Albania are still unable to begin the EU accession negotiations because of a Bulgarian veto against Skopje, which it accuses of discriminating against ethnic Bulgarians. This veto also blocks Tirana because the two countries have been coupled in the accession process.

The Bulgarian parliament was unable to lift the veto before the summit, and political turmoil over the issue played a major part in bringing down the government on the eve of the meeting. Though the foreign policy committee later approved a compromise proposed by France, this may still fall victim to domestic political manoeuvring and it has anyway been rejected by Skopje.

Meanwhile, Montenegro and Serbia, which have already started accession negotiations, look no closer to joining, and Bosnia-Herzegovina has still not yet been granted candidate status, despite calls that it be given some encouragement in order to reach a domestic consensus on the way forward.

“If I can translate what was important for us today, there were no concrete results for the Western Balkans but we had a good discussion,” Serbian President Aleksandar Vucic said afterwards.

“If you ask me if North Macedonia and Albania obtained dates for the start of negotiations – no, Pristina did not get visa liberalisation, Bosnia and Herzegovina did not get a candidate status and we [Serbia] were criticised by many members regarding the sanctions and that is it,” Vucic said, referring to Serbia not imposing EU sanctions against its ally Russia over its invasion of Ukraine.

“Today, in fact, nothing happened again, I believe that our friends from Skopje and Tirana deserve to get the start of negotiations with the EU and I believe that it will happen as soon as possible,” Vucic said.

The leaders of North Macedonia and Albania were more damning, both in their criticism of Bulgaria and of the rest of the European Council, with Albanian Prime Minister Edi Rama tweeting before the meeting that Bulgaria’s actions were a “disgrace” and that the EU was putting on a “scary show of impotence”.

"I had to win a third mandate to wait for the opening of membership negotiations. Bulgaria is a disgrace, but it’s not simply Bulgaria. The reason is the distorted spirit of enlargement. The enlargement spirit has gone from a shared vision of an entire community to the kidnapping of individual member states,” Rama was cited as saying by Politico.

“Nice place nice people, nice words, nice pictures and just imagine how much nicer it could be if nice promises were followed by nice delivery... But, we Albanians are not as nice as to give up nicely! So we will keep going and working even harder to make Albania a nice EU member,” Rama said.

North Macedonian Prime Minister Dimitar Kovačevski said: “I will be blunt. What is happening now is a serious problem and a serious blow to the credibility of the European Union.”

He poured cold water on EU attempts to reach a compromise solution with Bulgaria. Kovacevski said he is rejecting the French proposal to initially focus accession talks on the protection and non-discriminatory treatment of minorities.

“All 27 countries, all 27 leaders who have joined the Union, have all proudly joined with all their diversity and with full respect for their own and others' linguistic and historical differences. None of this was problematic on their European path,” Kovacevski said. “That is what we want, nothing more, nothing less. Respect for the linguistic, cultural, ethnic and historical identity of my people,” he added.

Macedonian politicians and the public had been angered following a tweet by EU Enlargement Commissioner Oliver Varhelyi posted in the morning, which appeared to suggest that the EU was bending over backwards to accommodate Bulgaria’s concerns, which Skopje regard as spurious.

“EU takes all Bulgarian concerns very seriously and they are now part of the negotiation process. The moment for responsible decisions is now. Western Balkans should be part of our European Union. We will be stronger together,” Varhelyi said in his tweet.

“At the EU-Western Balkans’ leaders meeting today, the EU sent a strong message to re-energise the EU integration process with the Western Balkans and to advance accession. On North Macedonia, work continues towards swiftly finding a mutually acceptable solution,” President of the European Council Charles Michel said in a tweet.

He admitted that the process had been problematic and that “we have to review our decision on working methods”.

Borrell insisted that there had been some good news, citing an agreement in the dialogue process between Kosovo and Serbia “in order to put into practice the energy side of the problem, which is an important step forward”.

“We will continue working on the dialogue, and maybe by the end of the month, we will be able to have a high-level meeting to [make] another step,” Borrell said.

Leaders of Albania, North Macedonia and Serbia to attend EU summit after dropping boycott plans
Albania trails neighbours in auto-parts production but economists see a chance to catch up
COMMENT: Towards sustainable, safe and smart roads in the Western Balkans