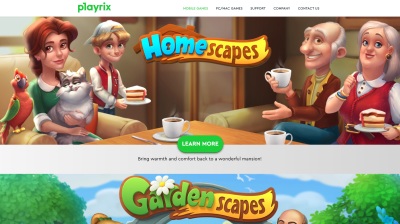 Playrix, a global Russian-founded gaming giant, announced on March 5 its acquisition of Armenian game studio Plexonic. The terms of the deal have not been disclosed, reports East-West Digital News (EWDN).

The Yerevan-based team, still led by Plexonic’s founder and CEO Gevorg Sargsyan, has already started developing a new casual mobile game, according to a corporate statement.

“Together with the talented Plexonic team, we will broaden our recruitment efforts, attract the best talent on the market, and create mobile games of the highest quality that we’re very excited about. Playrix Armenia is already on its way to becoming the largest gaming company in the region,” said Dmitri Bukhman, co-founder of Playrix.

A leading game development studio in Armenia, Plexonic has developed more than 60 casual titles since its foundation in 2008. The team is behind such games as Panda Jam, Pet Savers and Stretch.

Focusing on free-to-play mobile games, Playrix is a major global gaming player founded in Vologda, Russia, 16 years ago. Headquartered in Dublin, the company also has offices in Moscow, Almaty, Yerevan, Kyiv, Vologda and a dozen other Russian and Ukrainian cities.

Since April 2019, company founders Igor and Dmitry Bukhman have been featured in Bloomberg’s list of US dollar billionaires.

In August 2019 Playrix made an investment in Vizor, a major Belarusian publisher of multiplayer games for browser, social networks and mobile platforms.