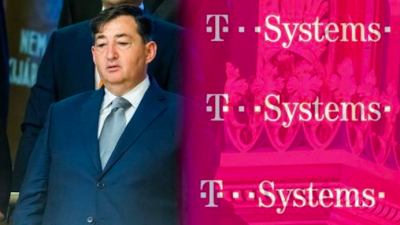 Lorinc Meszaros gains ownership in yet another strategic business as minority owner
By bne IntelliNews July 10, 2019

BSE-listed IT company 4iG agreed to buy Magyar Telekom (MTel) subsidiary T-Systems, it was announced on July 9. The parties did not disclose the purchase price, nor the financing of the deal, which is expected to be closed before the end of the year following due diligence of T-Systems and regulatory approvals.

With the acquisition of Hungary’s leading ICT company, the largest deal on the ICT market this year, the company owned by businessmen close to the government gained control of yet another company operating in a strategic sector.

Hungary's most powerful oligarch, Lorinc Meszaros, acquired the majority stakes in 4iG in 2018 through his flagship firms Opus and Konzum, which merged last month to create the fifth largest company on the Budapest bourse.

The company was flooded with state orders after the appearance of Meszaros as owner. It was a well-known recipe for success, as in all previous cases. The company returned to the black in 2018 after several loss-making years. 4IG was the best-performing share on the BSE last year rising by a whopping 600%.

After the deal, 4iG chairman-CEO Geller Jaszai said the acquisition of T-Systems is one of the most important milestones in achieving growth targets as the company aims to become one of leading IT company in the region within two to three years.

Jaszai, who is seen as the right-arm of Meszaros, stepped down from the helm at Konzum and increased his stakes in the 4iG to 40.2% last month based on an agreement with Meszaros. Hungary’s richest man still retains some 30% of the shares through his investment companies.

The financing part of the deal remains a question as T-Systems is ten times larger than 4iG. The MTel subsidiary posted  HUF114bn (€350mn) in sales last year compared with 4iG’s HUF14bn.

The book value of T-Systems is around HUF42bn, documents from the AGM of MTel show.

Trading the shares of 4iG resumed at noon after it was suspended in the opening due to the impending extraordinary announcement. The share price surged 7% on the announcement but ended up 1%.

The SME sales business of T-Systems will not be part of the transaction, the parties announced. Under the agreement, T-Systems will continue to sell MTel's telecommunications services to big businesses and public sector institutions under a long-term partnership agreement. 4iG will also get the right to use the T-Systems brand in Hungary for three years after the transaction is closed.

T-Systems is the market leader in the information and communications technology (ICT) with 1,700 well-trained IT professionals and it is involved in a spate of long-term projects. The company is an indispensable actor in public procurement tenders. Analysts say that 4iG looks set for a successful expansion in the public sector thanks to close connections of its owners to the government. T-Systems has also won numerous state tenders providing IT infrastructure for the National Election Office (NVI).

4iG will inform shareholders on details how it plans to finance the deal once it seals the contract with Magyar Telekom, the company told local media. Jaszai said in an interview published late in June that 4iG would look to acquire larger rivals by issuing debt or taking out loans to finance deals or through the involvement of institutional investors.