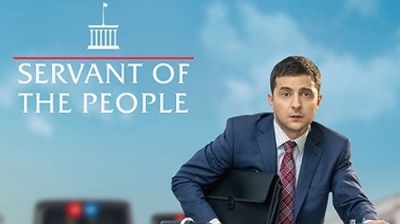 Two of Ukrainian president Volodymyr Zelenskiy’s leading election promises have run aground: Normandy Four talks to end the war in Donbass and a new IMF deal
By Ben Aris in Berlin October 23, 2019

Two of Ukrainian President Volodymyr Zelenskiy’s leading election promises have run aground after talks with both the so-called Normandy Four countries on bringing peace in the breakaway Donbas region and on a new Extended Fund Facility (EFF) deal with the International Monetary Fund (IMF) failed to progress.

Zelenskiy was elected with 73% of the vote on the promise to rapidly end the undeclared war with Russia in the Donbas region in eastern Ukraine.

The president controversially signed off on the so-called a Steinmeier Formula deal at the start of October that was a prerequisite for the Russian side to take part in a Normandy Four meeting (Ukraine, Russia, France and Germany) where the details of holding local elections in the region can be thrashed out.

Former German foreign minister Frank-Walter Steinmeier's formula suggested in 2015 the introduction of special temporary local self-government rule in some areas of the Donetsk and Luhansk regions during local elections in Donbas that becomes permanent if the OSCE declares the elections are free and fair. Local elections in the region are one of the conditions in the Minsk II accords that are supposed to bring the conflict to an end.

Despite signing off on the deal, the Normandy Four meeting has failed to happen. The Kremlin said on October 22 that preparations to organise a four-way summit have effectively “ground to a halt”. The Kremlin accused Kyiv sending “mixed signals.”

"Preparations can't be conducted at the moment because the demands of one of the parties are constantly changing," Kremlin spokesman Dmitry Peskov told reporters on October 22.

Talks with the IMF on a new deal that is needed to underpin Ukraine’s investment climate and secure funding to meet Ukraine’s upcoming debt obligations have also ended up on the rocks.

The new government was hoping to also rapidly agree an improved and extended deal with the IMF, which had downgraded its agreement with former president Petro Poroshenko’s administration from an EFF to a one-year Stand-by Arrangement (SBA) for foot dragging over reforms.

The $5bn EFF deal would not only bring in useful money as Ukraine has to pay off $3bn of debt through to the end of this year and at least $15bn a year in the coming years, but many of the other donors have tied their offers of help to a functioning IMF deal. Moreover, an IMF deal underpins investors' confidence and should lead to both lower bond prices and more foreign direct investment (FDI).

However, an IMF team left Kyiv in September without coming to deal citing the government’s lack of clarity over the fate of nationalised PrivatBank and the independence of the National Bank of Ukraine (NBU) as its main concerns.

Ukraine’s honeymoon with investors abruptly came to an end in the middle of September after former NBU governor Valeriya Gontareva’s dacha was burnt to the ground in the latest in a string of attacks on her and her family. Gontareva ordered the nationalisation of PrivatBank in December 2016 and its former owner oligarch Ihor Kolomoisky has been trying to get it back, or secure compensation, ever since. Kolomoisky’s media empire supported Zelenskiy's election campaign and the two men are considered close.

Kyiv had a second bite at the apple in the last week during the IMF annual general meeting in Washington and Ukrainian officials were in New York the week prior to talk to investors and officials. However, the talks came to nought and the IMF announced this week that its team will return to Kyiv before the end of the year to restart the talks.

The NBU took a swipe at the Zelenskiy administration by saying the talks with the IMF are now “stalled” in a press release on October 14 just as the IMF AGM was about to begin, in a statement that embarrassed the government. The NBU added that securing a deal before the end of this year is looking increasingly unlikely because of the dispute over the snowballing PrivatBank crisis.

“The discussions with the IMF for the next funding tranche are frozen, stalled because of the issue of PrivatBank,” deputy central bank governor Kateryna Rozhkova told Reuters in an interview. “It is a red line for them, and for the international community.”

While the two problems have used up much of the goodwill Zelenskiy received following his dramatic landslide victories this year in both the presidential and parliamentary elections, they have not yet affected his domestic popularity that remains sky-high at 66%, although his rating has slipped slightly from its peak of 73% in September, according to recent polls.