World population hits 8bn. Where do we go from here? 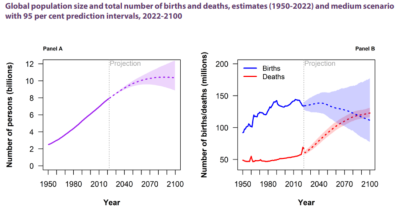 With the world’s population having reached 8bn on Tuesday November 15 with the birth of a baby in the Philippines, a big question for a planet stricken by interlocking climate, environment, economic and geopolitical crises, but seeking sustainable development, is where do we go from here.

The World Population Prospects 2022 report from the United Nations’ Department of Economic and Social Affairs offers some answers and insights on the occasion of a milestone that comes just 11 years since the number of people on Earth reached the seven billion mark. 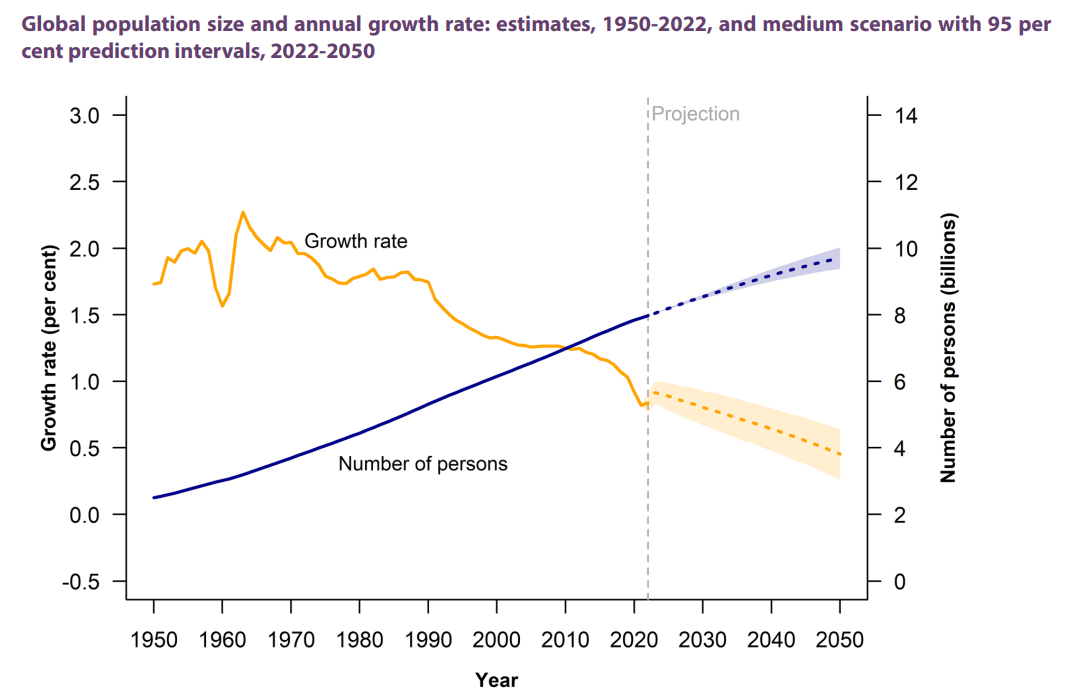 While the world’s population continues to grow, the pace of growth is slowing. The latest UN projections suggest that the global population could grow to around 8.5bn in 2030, 9.7bn in 2050 and 10.4bn in 2100.

Globally, life expectancy reached 72.8 years in 2019, up almost nine years since 1990. Further reductions in mortality are projected to result in an average longevity of around 77.2 years globally in 2050. In 2020, the global population growth rate fell under 1% per year for the first time since 1950.

Life expectancy at birth for women in 2019 exceeded that for men by 5.4 years globally, with female and male life expectancies of 73.8 and 68.4, respectively. “A female survival advantage is observed in all regions and countries, ranging from 7 years in Latin America and the Caribbean to 2.9 years in Australia and New Zealand,” notes the UN report. 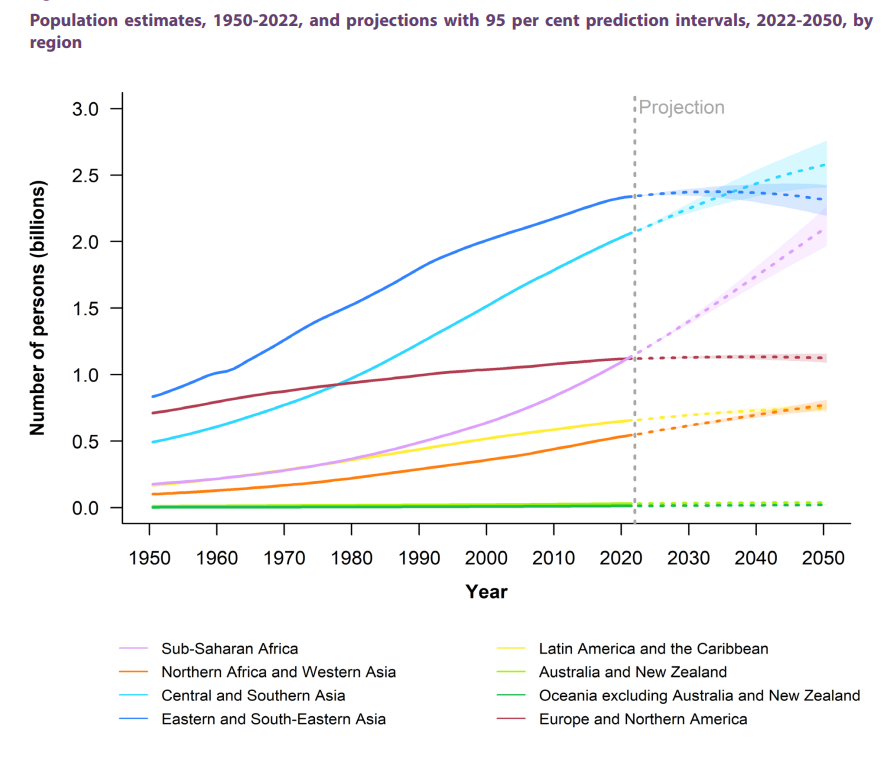 In 2022, the two most populous regions are both in Asia: Eastern and South-Eastern Asia with 2.3bn people (29% of the global population), and Central and Southern Asia with 2.1bn (26%). China and India, with more than 1.4bn each (India’s population is expected to overtake that of China in 2023), accounted for most of the population in these two regions. 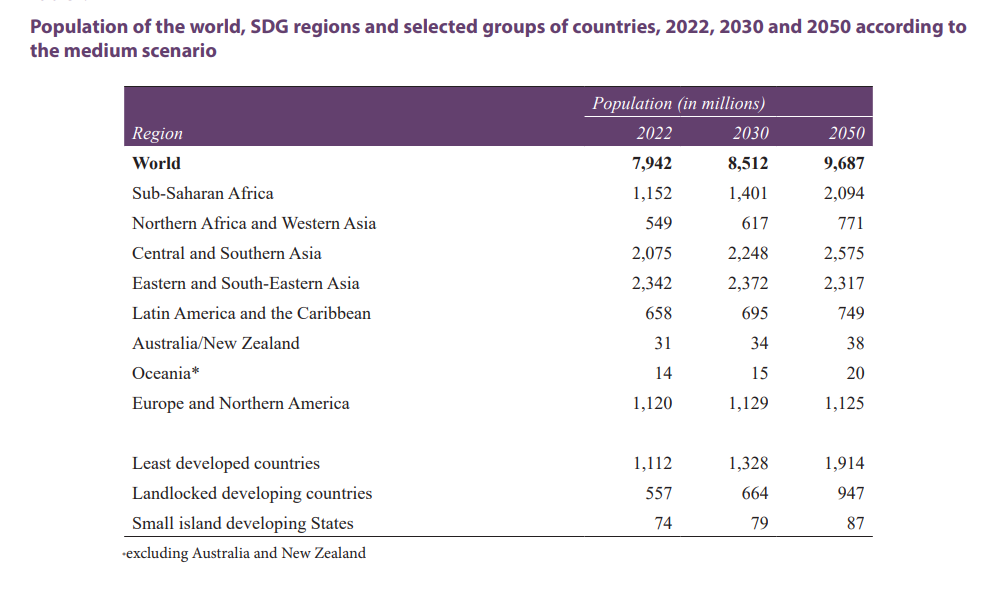 More than half of the projected increase in global population up to 2050, says the UN, will be concentrated in just eight countries: the Democratic Republic of the Congo, Egypt, Ethiopia, India, Nigeria, Pakistan, the Philippines and the United Republic of Tanzania. Disparate growth rates among the world’s largest countries will re-order their ranking by size. 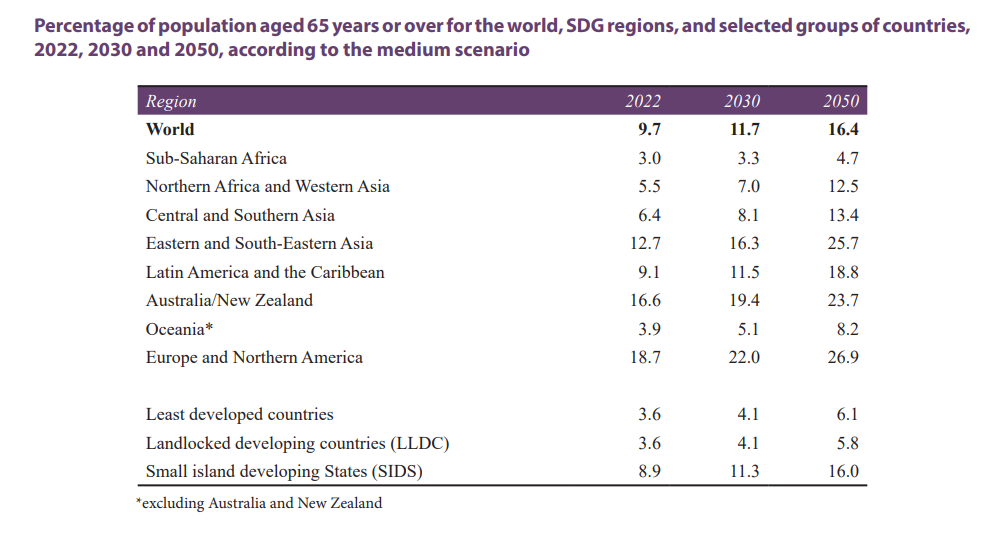 In terms of the greying of populations in many parts of the world, the share of the global population aged 65 years or above is projected to rise from 10% in 2022 to 16% in 2050.

It also observes: “The populations of 61 countries or areas are projected to decrease by 1 per cent or more between 2022 and 2050, owing to sustained low levels of fertility and, in some cases, elevated rates of emigration.”

Among countries with at least half a million people, the largest relative reductions in population size until 2050, with losses of 20% or more, are expected to occur in Bulgaria, Latvia, Lithuania, Serbia and Ukraine

The question of planning for migration in tune with workforce demand is set to remain a difficult one for developed countries, given population greying.

Will Croatia’s latest shot at World Cup glory ease economic slowdown?
2 hours ago
Belarus’ government to expand political-economic control at the expense of economic growth
16 hours ago
Sino-Russian ties continue to deepen as Western sanctions drive their economies together
1 day ago
War and wine: how rattled economies in Ukraine and Russia are pushing Georgian winemakers to pivot to new markets
1 day ago
INTERVIEW: Son of sanctioned Andrey Yakunin goes on trial in Norway for illegally flying drones
1 day ago