Ukrainian refugees may have boosted Poland’s population to almost 41.5mn 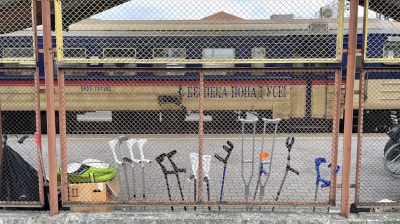 Since Russia’s attack on Ukraine on February 24, almost 3mn Ukrainians have crossed into Poland, seeking safety.
By Wojciech Kosc in Warsaw April 27, 2022

The influx of Ukrainian refugees has enlarged the population of Poland to nearly 41.5mn, passing the 40mn mark for the first time in history, a report claimed on April 25. Doubts persist, however, as to the accuracy of the numbers.

Since Russia’s attack on Ukraine on February 24, almost 3mn Ukrainians have crossed into Poland, seeking safety. Despite some of them going further west or returning to Ukraine, a great majority have so far chosen to remain in Poland, presenting it with opportunities and challenges alike, a report by the Union of Polish Metropolises said.

Around 70% of the refugees have settled in the 12 biggest Polish cities, boosting their populations by a substantial margin in the space of just weeks, according to the report.

The population of Rzeszow, the biggest Polish city close to the Ukrainian border, has grown 53% in effect, the report said.

The population of the capital Warsaw has increased 15% to over 2mn, according to the report.

The report warned that the rapid population growth of Polish cities could lead to tensions “related to the situation on the labour market, the deepening of the housing crisis, or deterioration in the quality of public services”.

On the other hand, economists claim that the influx of such a big number of people could prop up Poland's economic growth and help reduce staff shortages in companies.

A better way of assessing the number of refugees having arrived - and stayed - in Poland is to count how many have received Polish official ID numbers, popular social media service Extreme Cartography said.

The government has so far assigned an estimated 1.2mn Polish ID numbers to refugees from Ukraine to enable them to apply for welfare payments, enrol kids in schools, or find jobs.